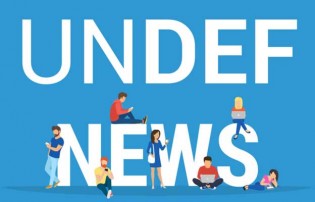 By Simone Galimberti
The UN Democracy Fund, also known as UNDEF, is an interesting tool but it is too small and lacking resources to mark a difference. How can the UN do a better job at promoting democracy? This is a key question that high-ranking policy makers at the UN should ask themselves.

By Simone Galimberti
Few deny the huge role the United Nation plays in global multilateral system especially in the area of poverty eradication, sustainability and climate change. As enabler of the Agenda 2030, the UN system has the ability, stemming from its extraordinary convening powers, to bring around the table global leaders and key stakeholders for the most consequential decisions humanity must take.

By Simone Galimberti
The recently disseminated Zero Draft Ministerial Declaration of the High-Level Political Forum on Sustainable Development (HLPF)-- the main UN event to track the member states’ progress to achieve the Agenda 2030 slated to be held in the first half of July-- is a disappointment.

An International Treaty on Pandemic Prevention?

By Simone Galimberti
The global consensus about an international treaty on pandemic prevention is certainly a milestone towards the creation of a global health security framework.

By Simone Galimberti
There is no doubt that Secretary General Antonio Guterres is going big and bold with the recent release of an ambitious blueprint that could pave the way for a more inclusive, effective and networked international system centered on youth’s aspirations and needs.

By Simone Galimberti
Does sport need to change to better serve society? What can sport and development actors do better in the future? How can sport play a greater role in contributing to development and peace? Can we reimagine the role of sport? Can we resolve the conflict and contradictions inherent within sport?

By Simone Galimberti
Following the Supreme Court’s decision to reinstall the House of Representatives and appoint-- after a prolonged and nasty legal battle-- a new Prime Minister, Sher Bahadur Deuba, there is high probability that a government of national unity will be put together in Nepal.

The New Social Contract: an Opportunity for Deliberative Participation

By Simone Galimberti
These days there hasn’t been certainly a shortage of reports portraying the decline of liberal democracy around the world. With rising popularism and a divisive use of social media, we should not be surprised about a general malaise taking roots in most advanced liberal democracies.

By Simone Galimberti
Among the many daunting issues leaders of the G7 will have to discuss in their upcoming summit in idyllic Cornwall on June 11-13, child labour won’t be on the official agenda.

By Simone Galimberti
With the climate negotiations getting more and more intense in the light of ensuring meaningful achievements in the upcoming COP- 26 summit in Edinburgh, an event that is key to move forward the pathway towards a net zero future started in Paris, this year World Environment Day on June 5 assumes an even more emblematic meaning.

By Simone Galimberti
Children all over the world are having tough times while coping with the consequences of the pandemic but the circumstances affecting them in the Philippines are even more daunting.
Next Page »
ADVERTISEMENT ADVERTISEMENT