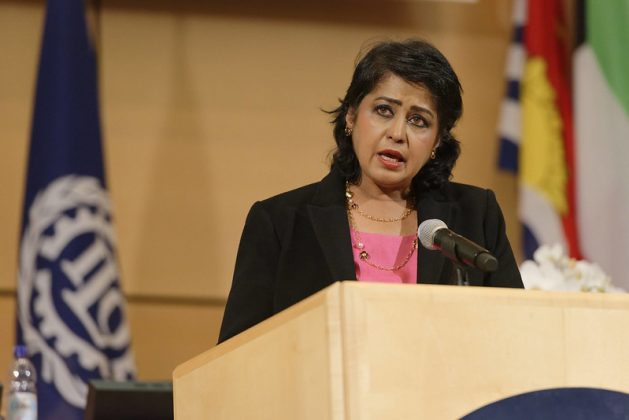 HYDERABAD, India, May 20 2021 (IPS) - If we want to address the great challenges this world is facing, we have to factor in science into all our narratives, according to Dr. Ameenah Gurib-Fakim, the first woman president of Mauritius and renowned biodiversity scientist.

In an interview conducted over Zoom, Gurib-Fakim tells IPS the real cost of biodiversity loss.

“You know, human beings owe their existence to the byproducts of nature’s activities like oxygen, right? And we don’t value it. We depend on nature and unfortunately, for too long, humans have considered themselves to be outside of the ecosystem.

“We are very much part of this ecosystem, so let us stop destroying it because we’re not preserving nature, we are preserving our own livelihoods,” Gurib-Fakim, who is also a successful entrepreneur, says.

IPS: World Economic Forum’s Global Risk Report 2020 has just identified the loss of biodiversity as one of the two greatest risks to global economy. As a biodiversity scientist, what’s your take on this?

Ameenah Gurib-Fakim (AGF): You have raised a very important question. Nature gives us every year over a hundred trillion US dollars. If you can measure that, that is the input of nature to our livelihoods.

We have read the Word Economic Forum’s Global Risk report and I think by 2025, over 60 percent of the big, big animals, the mammals are really threatened with extinction. 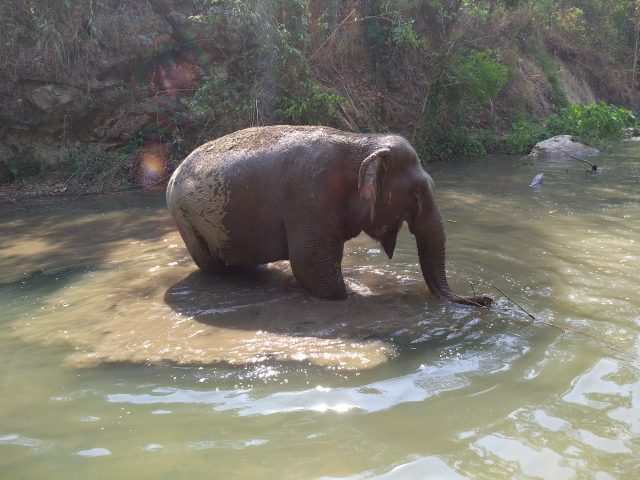 AGF: Science diplomacy for me is the soft power. For the past few years, there has been an anti-science sentiment voiced by major leaders on this planet. And this undesigned sentiment has weighed very heavily again when it comes to addressing issues like climate science, for example, climate change, biodiversity. They have weighed in as well in terms of handling of this pandemic that we are currently living in. So, I think if you want to address the great challenge that this world is facing, we have to factor in science into all our narratives.

IPS:  How can the world help create wealth and jobs for youth across the world and how can tapping into youth power and youth talent help build a more sustainable Africa?

AGF:  If you look at the statistics, 60 percent of the jobs that young people will work in have not yet been created. How do we empower the youth, it’s investment in education, right? And, you know, the education that I received as a child is not fit for purpose for my daughter … So what are we doing in terms of investment in the education system for these kids to be ready for that job that has not yet been created?

If you look at Africa, by 2050 it will be the major provider of labour to the world. And the youth of Africa is considered to be a boon. But I worry because that boon can very quickly become a bane. Why are we seeing young Africans dying in the Mediterranean? Partly because they are climate refugees. Don’t forget that climate change has impacted a lot of the regions in Africa. It has impacted agriculture, for example, and this is a huge sector where the youth have been working in and climate change has impacted crops.

These are things that we have to really consider very, very quickly if we are going to consider the youth as being a boon, otherwise we are going to be in a similar situation as Tunisia 10 years ago, when one person, by setting himself aflame, actually brought the country down. 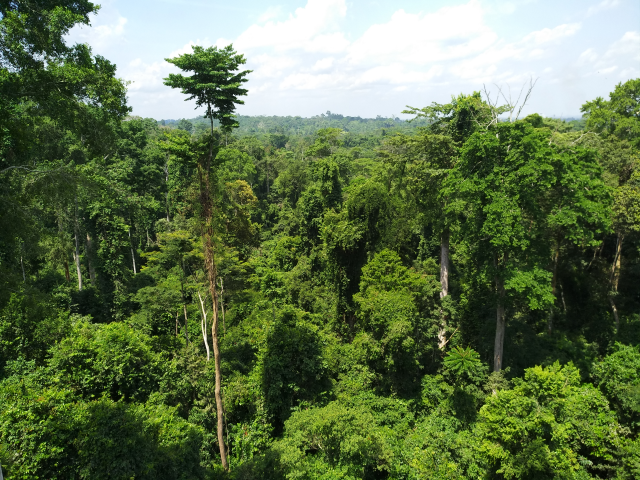 The Kakum National Park in Ghana is a semi-deciduous rainforest. Credit: Stella Paul/IPS

IPS: Can you identify a few sectors where investing in youth is needed right now?

AGF:  The health sector needs capitalisation very, very fast, but I’m thinking of another sector, especially for Africa, the agricultural sector. In Africa, agriculture is estimated to be a $1 trillion business. Now every time there is a messaging on Africa, we see a woman working with a baby on her back with a hoe in her hand, digging a very arid land. And this is not what agriculture is. So, just think what drone technology has been able to do, just think what smart technologies have been able to do to empower youth and investment,…[and] how many jobs can be created.  But again, it calls for smart investment in the youth, in the ecosystem and in infrastructure.

IPS: Many women and young people are trying very hard to become successful entrepreneurs, but they don’t really have a lot of support to guide them or resources. What would be your advice to them?

AGF: To become an entrepreneur, you have to have the appetite to take risks. And it is perhaps easier for a man to take risks, because he would have been told from a very young age that he’s a breadwinner of the family.  In Africa, for example, you see that 12 million graduates are landing on the job market every year. I don’t think any country is going to be able to produce that many jobs. So you need to actually need them to become job creators as to being job seekers. But when it comes to a woman, again, all the odds are stacked against her. For a woman to start taking risks is already a big issue because we tend to be very conservative in our approach.

So this is where we need government to weigh in, to provide the ecosystem so that they become job creators and not just job seekers. So the responsibility comes back to us again, but we have to move fast because the world is changing. And over and above these pandemics, there are so many other factors which are going to deter young people. But one thing that we must not do is allow them to dream big and enact whatever ideas and be confident job creators and not just job seekers.

IPS: Finally, what would be your three key messages today?

AGF: I will summarise it in three words: dream, dare and do. Dream big, your dreams must frighten you. If it doesn’t frighten you, it’s not big. Take risk, go out there and do it yourself. There is no cutting corners when it comes to hard work, because everything that you actually will engage in will demand a huge investment on your side. And one thing that I’m happy to have been able to do is that I have been able to show girls growing up in my village, that it is possible to reach the highest position in the country through hard work and also by taking risks.