Amid calls from the UN Chief to stop treating the earth ‘as if we have a spare one,’ French President Emmanuel Macron led world leaders in commitments to protect ecosystems at the One Planet Summit 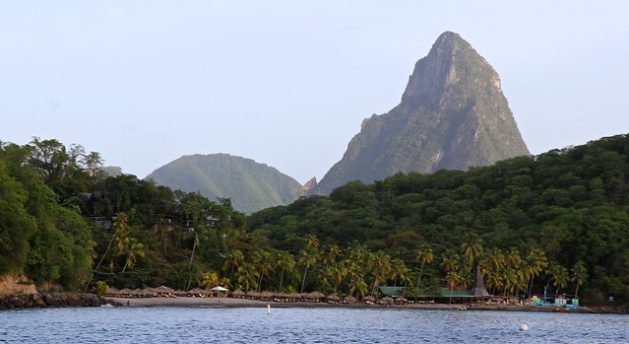 Climate change and a lack of care for the environment could have devastating consequences for Saint Lucia’s healthy ecosystems and rich biodiversity. On Jan 10, France, the United Nations and the World Bank hosted a virtual biodiversity summit where world leaders pledged action and funding to protect the planet. Credit: Desmond Brown/IPS

UNITED NATIONS, Jan 12 2021 (IPS) - French President Emmanuel Macron convened the 4th edition of the One Planet Summit for Biodiversity with a concession – that after a decade, the world has failed to take the action needed to stem global biodiversity loss. The Jan. 10 event, hosted virtually by France, the United Nations and the World Bank, focused on four areas for urgent action; protecting land and maritime species, promoting agroecology, mobilising finance for biodiversity and protecting tropical forests, species and human health.

“A decade has gone past and the facts are undeniable. Not a single one of the targets have been implemented, such as putting an end to species extinction or cutting pollution. We have to face up to this failure and learn its lessons,” Macron said.

The French leader said the world is seeing the impacts of overexploitation of natural resources including rising poverty, inequality, public health crises and security concerns. He urged leaders to act decisively, stating that they have the means to tackle the crisis in the natural world.

“Opportunities are emerging in nature to create 191 million jobs by 2030. If forests, oceans and ecosystems remain intact, they can become effective carbon sinks to help us meet climate targets. Nature offers solutions for sustainable agriculture and economic services, helping us to preserve our heritage and cultures,” he said.

The 2019 Global Assessment on Biodiversity and Ecosystem Services, the first of its kind in a decade, stated that the rate of global change in nature in the last half century was unprecedented in history. It warned that the ruthless demand for earth’s resources had resulted in one million plant and animal species facing extinction within decades, with implications for public health.

UN Secretary-General António Guterres told the summit that 2021 must be the year to “reconcile humanity with nature”, and that the world cannot afford to “revert to the old normal”.

“Until now we have been destroying our planet. We have been abusing it like we have a spare one. Our current resource use requires almost two planets, but we only have one. If we can compare earth’s history to a calendar year, we have used one third of its natural resources in the last 0.2. seconds.”

With over 1.8 million lives lost and economies brought to their knees by COVID-19, the UN chief said pandemic recovery is the world’s opportunity to change course.

“With smart policies and the right investments, we can chart the right course, revive economies, build resilience and rescue biodiversity. Innovations in energy and transport can steer sustainable recovery, economic and social transformation,” Guterres said.

The Secretary-General cited the African Great Green Wall as a nature-based solution to biodiversity loss that is particularly promising. The ambitious project seeks to plant a 5,000-mile “wall” of trees to combat land degradation and protect livelihoods in the Sahel, Lake Chad and Horn of Africa regions. The summit raised $14.3 billion towards the project – surpassing its target by just over $4 billion. The World Bank Group pledged $5 billion to the initiative.

“Climate change and the loss of biodiversity are defining issues of our time,” World Bank President David Malpass told the summit, adding that with COVID-19 stressing the link between human and earth health, the institution will work with the German government on new research towards a “one health” approach to preventing emerging infectious diseases.

“It’s very clear: we cannot succeed in helping countries reduce poverty and inequality without rising to the challenges of climate change and the loss of biodiversity.”

Heir to the British throne, the Prince of Wales, called for stepped up action on biodiversity preservation, stating that consensus, intentions and targets are good “first steps”, but practical effort is overdue. The royal unveiled his “Terra Carta”, an earth charter with 100 recommendations for the recovery of nature, people and the planet. It hopes to raise $10 billion for environmental projects and challenges big corporations to commit to an “ambitious and sustainable future”.

“I am making an urgent appeal to leaders, from all sectors and from around the world, to join us in this endeavour and to give their support to this ‘Terra Carta’ – to bring prosperity into harmony with nature, people, and planet over the coming decade,” he said.

The meeting also set the stage for a new “High Ambition Coalition for Nature and People”, a group of 50 countries committed to preserving 30 percent of the world’s land and oceans by 2030. The coalition, chaired by France, Costa Rica and the United Kingdom, hopes to curb species loss and protect ecosystems.

The theme for this year’s summit was “Let’s act together for nature”, and it kickstarts an important year of action on the nature crisis. The UN Biodiversity Summit is planned for Kunming, China in May and expected to produce a post-2020 global framework on biodiversity.