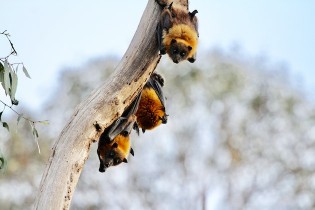 By Valentina Ieri
Forest protection, increased biodiversity and wildlife conservation are just a few of the promises made by proponents of genetically engineered (GE) plants. But campaigners are not buying these promises.

By Valentina Gasbarri
Overcoming hunger and malnutrition in the 21st century no longer means simply increasing the quantity of available food but also the quality.
Next Page »
ADVERTISEMENT ADVERTISEMENT