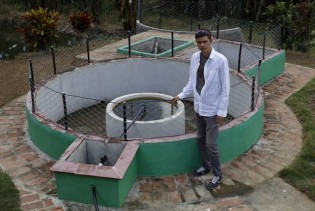 By Ivet González
Environmentally committed journalists in the Caribbean point to a major challenge for media workers: communicating and raising awareness about the crucial climate change agreement that emerged from the 21st Conference of the Parties (COP21) in Paris.
Next Page »
ADVERTISEMENT ADVERTISEMENT