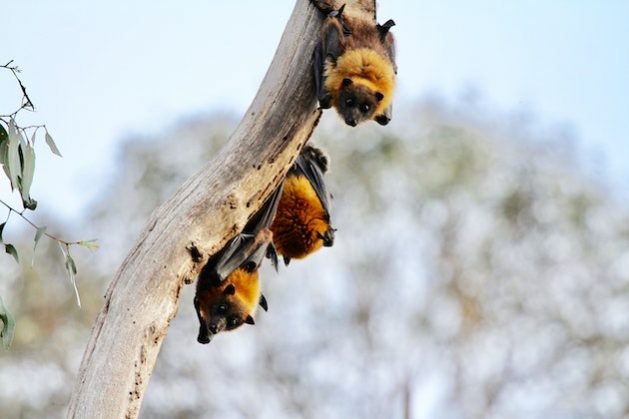 Nature Insight: Speed dating with the Future’, an IPBES podcast, is spreading the love for science and nature. Its aim is to change perceptions and ignite interest even in animals like the bat. Bats are often blamed for ills but in reality we, as humans, have expanded into bats' territory. Credit: Geoff Brooks/Unsplash

Bulawayo, Zimbabwe, Feb 17 2022 (IPS) - In a busy world where love is a complicated affair, speed dating is one way to connect, but can it work to ignite more sustainable relationships with nature? Are we open to a romance with science and evidence?

The Intergovernmental Science-Policy Platform on Biodiversity and Ecosystem Services (IPBES) is spreading the love for science through an innovative podcast series, ‘Nature Insight: Speed dating with the Future’. A podcast is a regular series of digital audio episodes focused on a particular topic, which can be subscribed to, downloaded, or streamed.

The IPBES podcast was first piloted in 2021 to help make the work of IPBES more accessible to a wider audience. IPBES is involved in documenting, synthesizing, and critically evaluating relevant knowledge about our relationship with the rest of nature to help reverse the global loss of biodiversity.

A second podcast season, launched just last week, will feature interviews with experts offering insights about biodiversity loss from many angles. This will include the sustainable use of wild species, the many values of nature, how the law can address the nature crisis, the role of the financial sector in biodiversity protection, and mobilizing private sector philanthropy for nature.

“We want to bring our work to new audiences and explain to decision-makers outside the environment space why they should care about the science of biodiversity and the science behind nature and the protection of nature,” explains Rob Spaull, Head of Communications at IPBES. He argues that biodiversity is often made to sound academic, something that belongs in a lab or a university, with little effect on people’s lives.

“That is furthest from the truth because biodiversity and nature’s contributions to people are all about what happens in our daily life; the food that we eat, the water that we drink, the air that we breathe, and the diseases that we try to avoid. Biodiversity is the cornerstone of human wellbeing.” 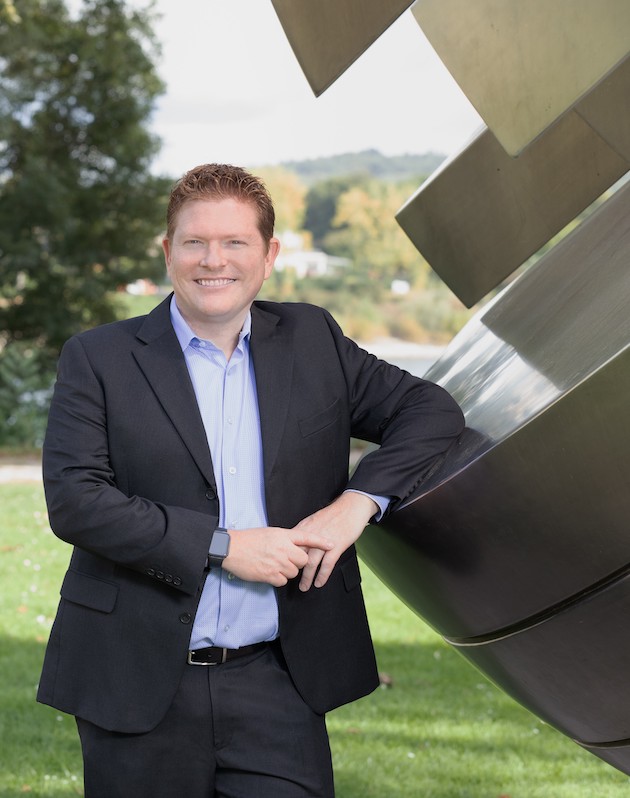 Rob Spaull, Head of Communications at IPBES says the idea behind the podcast was to bring IPBES’ work to new audiences. Credit: IPBES

“Our first season of Nature Insight has been downloaded in dozens of countries and broke into the Top Ten charts for podcasts about nature and science. By the end of our first season, we had the evidence to show that not only had we produced a good podcast but that we had managed to expand our IPBES audience, particularly among non-environment decision-makers,” Spaull said. He noted that the podcast series also sought to give decision-makers the best evidence possible on biodiversity issues. For instance, in the first season, Dr Anne Poelina, an indigenous leader from Australia, discusses the value of different kinds of knowledge systems. She argues that indigenous knowledge should complement western science in science-policy reports.

IPBES is an independent intergovernmental body established to strengthen the science-policy interface on biodiversity and ecosystem services for the conservation and sustainable use of biodiversity, long-term human wellbeing, and suitable development. Its seminal publication, The Global Assessment Report on Biodiversity and Ecosystems Services, released in 2019, found that 1 million animals and plant species are threatened with extinction, many within decades. Changes in land and sea use, direct exploitation of organisms, climate change pollution, and invasive alien species are the leading causes of changes in nature.

According to the Global Assessment Report, the average abundance of native species in most major land-based habitats has fallen by at least 20 percent, mostly since 1900. More than 40 percent of amphibian species, almost 33 percent of reef-forming corals, and more than a third of all marine mammals are threatened. The picture is less clear for insect species, but available evidence supports a tentative estimate of 10 percent being threatened.

“The overwhelming evidence of the IPBES Global Assessment, from a wide range of different fields of knowledge, presents an ominous picture,” said Robert Watson, former IPBES Chair, in 2019. “The health of ecosystems on which we and all other species depend is deteriorating more rapidly than ever. We are eroding the very foundations of our economies, livelihoods, food security, health, and quality of life worldwide.”

The IPBES podcast had been recorded remotely and launched during the first wave of COVID-19, which relates directly to nature loss. Spaull said the first episode of the first season had focused on the links between the risk of pandemics and the destruction of nature.

Speaking on the first episode of the show, zoologist and expert on disease ecology Dr Peter Daszak said people cannot blame the rest of nature – especially not pangolins, snakes, and bats, for our environmental health problems.

“I feel really sorry for bats in particular that they are getting blamed, already they have got such a bad rap in films, TV shows, and books. They are going about their daily business doing what they have done for millions of years,” said  Daszak, who is also President of EcoHealth Alliance. This non-profit organization supports global health. He explained that human populations have expanded to reach into the habitats of all animal species, like bats.

“We are eating them, cutting down the trees they live in, we invading the caves that they inhabit, and as by-products of that, we get exposed to the viruses they have carried for millions of years which do not harm them and unfortunately kill us. It’s really our fault actually if we want to point the blame.”

Admitting to having taken something of a gamble with the podcast’s title, Spaull said the podcast was essentially offering listeners a chance to speed date with nature and the future.

“As with real speed dating, you get this opportunity to connect, for a very short time, with people you might never otherwise have a chance to meet – and if what they say resonates with you, it could make a difference to both of your lives,” said Spaull. “We want to give people information about the science of biodiversity so that they can better understand our relationships with the species and ecosystems with whom we share our planet – so that we can all take better action and make better-informed choices.” 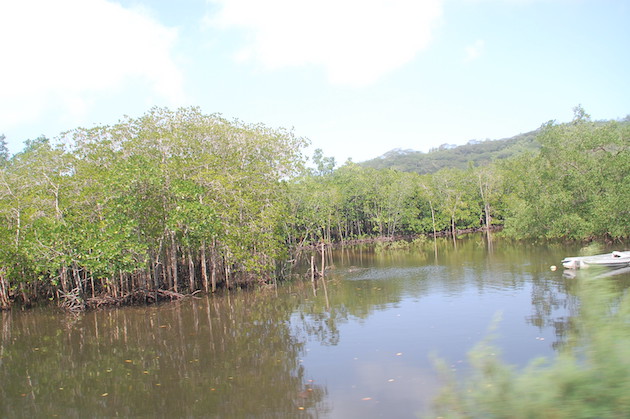 Mangroves substantially reduce the vulnerability of coastlines to erosion from waves and tides and are an important contributor to biodiversity. Credit: Busani Bafana/IPS

Policymakers listening to the science?

Governments, decision-makers, and ordinary citizens need to protect biodiversity through transformative change. This was the underlying message in an episode entitled ‘Choose your own adventure (what is transformative change and how we all can make it happen)’ with Professor Kai Chan, an interdisciplinary, problem-oriented sustainability scientist at the Institution for Resources, Environment, and Sustainability at the University of British Columbia.

Dr David Obura, one of the world’s leading experts on coral reefs and fisheries and the importance of coral reefs and coastlines for biodiversity and people, said the podcast has helped communicate science.

“I have enjoyed doing the podcast. It helps build up awareness about IPBES as an institution and what it does,” said Obura. He admitted that the Speed Dating podcast had introduced him to listening to podcasts.

“Policymakers are listening to the science to a greater extent in different countries and different sectors. I think the COVID pandemic has shown the importance of science and how we communicate it,” he said. “Amazing science is being done, but getting the message out about this science and evidence is critical.”

Acting for the future of biodiversity

With the second season of the Nature Insight: Speed Dating with the Future podcast now underway, Spaull said the series would continue to offer the views of seldom-heard voices and people with great stories to tell.

“Season two is timely; the global negotiations will take place later this year to agree on the biodiversity targets for the next ten years. These are going to be agreed by governments around the world, much as the climate change targets were recently discussed and agreed,” Spaull said.

“So it is a good time to be talking about all these issues and how they fit into people’s lives because it’s not just academic, it vital for us all.”