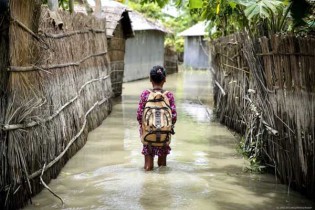 What happens to a country without land? As rising sea levels threaten to submerge our home, we have made a radical plan for the survival of our nation. Watch Tuvaluan Minister Simon Kofe’s address at COP27 and visit https://www.tuvalu.tv to find out how you can help.

By Vanora Bennett
As it moves to increase its climate adaptation finance, the European Bank for Reconstruction and Development (EBRD) has launched the EBRD Climate Adaptation Action Plan (CAAP) at COP27, the global climate summit taking place in Sharm el-Sheikh, Egypt.
Next Page »
ADVERTISEMENT ADVERTISEMENT