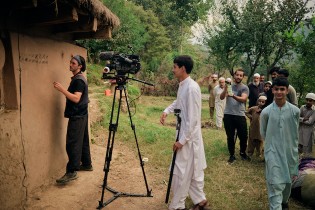 UN’s Battle Against Climate Hazards Undermined by a Devastating Pandemic

By Thalif Deen
The United Nations has been in the forefront of an ongoing battle against the growing hazards of climate change, including the destruction of different species of plants and animals, the danger of rising sea-levels threatening the very existence of small island developing states (SIDS), and the risks of oceans reaching record temperatures endangering aquatic resources.

By Thalif Deen
The coronavirus pandemic, which has claimed the lives of over one million people worldwide and destabilized the global economy, also upended the UN’s ambitious socio-economic goals, including the eradication of extreme poverty and hunger by 2030.

From Pledges to Policy and Practice: Moving Nature to the Heart of Decision-Making

By Ana María Hernández Salgar
This week, Heads of State and Government from 64 countries announced one of the strongest pledges yet to reverse the loss of biodiversity and nature’s contributions to people by 2030. Advancing from powerful pledges to concrete policy and action, however, means that nature must be moved to the heart of global, national and local decision-making. It’s time for nature to be reintegrated into everything we do.
Next Page »
ADVERTISEMENT ADVERTISEMENT