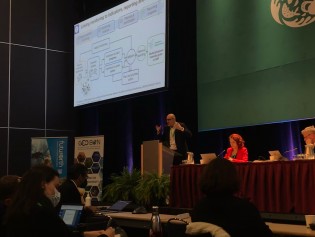 By Juliet Morrison
With the latest United Nations Sustainable Development Goals (SDGs) Report revealing that much progress toward the SDGs has been reversed, the UN has focused on how to amplify the goals and hold member states accountable for tackling them amid current crises.

By Juliet Morrison
While the climate crisis affects virtually every aspect of life, its impacts are not felt equally. A person’s vulnerability to climate change varies depending on their position in society, such as socioeconomic status, dependence on natural resources, and capacity to respond to natural hazards. Since different genders often experience different social standings, gender has emerged as a key element to consider for effective climate planning and adaptation.
ADVERTISEMENT ADVERTISEMENT