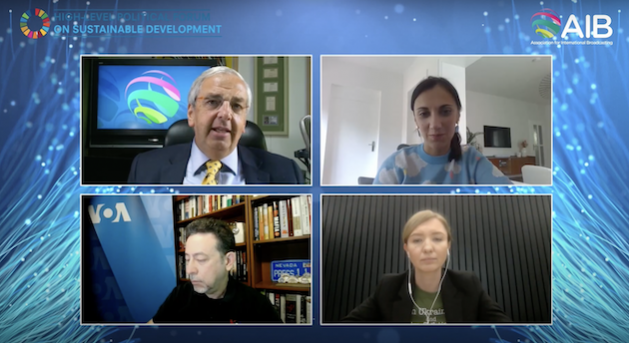 The media could play a vital role in the achievement of United Nations Sustainable Development Goals (SDGs) a webinar on the media and SDGs heard. Credit: Juliet Morrison/IPS

New York, Jul 20 2022 (IPS) - With the latest United Nations Sustainable Development Goals (SDGs) Report revealing that much progress toward the SDGs has been reversed, the UN has focused on how to amplify the goals and hold member states accountable for tackling them amid current crises.

A webinar in July 2022 on the power of the media for achieving the SDGs sought to answer these questions. Organized by the Association for International Broadcasting (AIB) and the UN Department of Economic and Social Affairs (DESA), the forum featured a discussion about best practices for covering SDG topics and ensuring coverage of global issues resonated with local audiences.

“The media industry is a vital stakeholder in achieving the SDGs. It is key in promoting solidarity and reinforcing accountability from the global leaders so that they take the necessary bold decisions to realize the transformation we urgently need,” he said.

But getting the message across effectively to the public requires making policy concepts accessible to readers, Steve Herman, Voice of America (VOA) Chief National Correspondent, said. He noted that policy could often be relayed in high language, which can be difficult to understand without prior knowledge of the issue.

“We cannot just pare at all these acronyms that are used by the United Nations and other agencies. […] What we need to do is relate the story to people’s lives,” he said.

Former BBC News Science Editor David Shukman asserted that journalists need to be innovative when writing to ensure that concepts are understandable to the public.

“The whole sustainability agenda is cursed with appalling terminology. So, there’s a premium of finding ways of stripping that up,” he said. 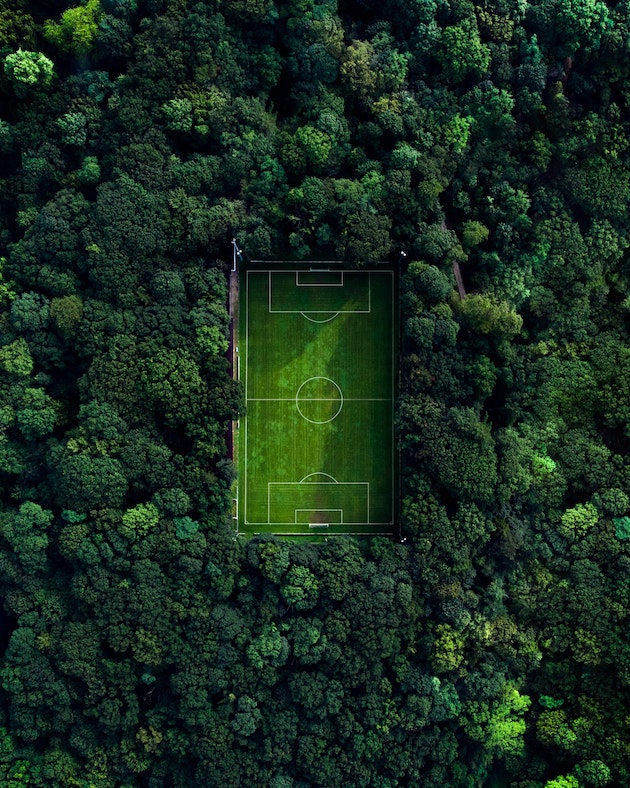 Audiences need to understand the implications of complex concepts involved in measuring SDGs. By making these accessible, like with a football field deforestation analogy, they will resonate with audiences. Credit: Unsplash

He pointed to his football pitch analogy as a tactic that has helped people understand the severity of deforestation rates.

Metaphorical devices like the football pitch are useful because the reader can better contextualize the situation and make sense of it, Shukman noted.

Comparisons are also helpful for comprehending the scale of crises. Large numbers alone are hard for human brains to grasp.

“By making connections and by using language that resonates, the message does get through,” he said.

When reporting on foreign events, she stressed that journalists should consider how their native region will be impacted. This can improve public understanding of the scale of crises.

“For some countries [the war in Ukraine] is quite far away, but it is our job, the global media, to explain how the global economy works, how we are connected, and what are the risks. I think it is the same challenge in terms of any coverage,” she said.

She pointed to Russia’s invasion of Ukraine, which has severely affected the global food supply.

Ukraine provides 10% of the world’s wheat supply and nearly half its sunflower oil. But Russian blockades have cut off access to key ports where Ukraine ships its exports, resulting in the world being cut off from the supply.

The impacts are far-reaching. Food prices have risen significantly, deepening global food insecurity. UN food agencies have warned that 49 million people in 43 different countries are at risk of falling into famine conditions.

“It’s not just a breaking news story in part of Europe,” she said.

Panelists also discussed the need for fresh angles on stories about longstanding global issues, such as climate change or pollution.

Herman mentioned that highlighting the voices of those affected as opposed to experts can be helpful because it resonates with the audience.

“You need to relate it to the individual and tell personal stories. I like to give up the reliance on experts who are sitting behind a desk somewhere. It has much more of an impact if you are on the ground telling these stories with a lens that’s focused on the people that are affected,” he said.

Sharing stories of success or resilience is another way to reframe topics.

By reporting on SDG issues in fresh ways, ECOSOC President mentioned that the media can help propel action toward the goals, which is vital for “humanity’s hope for survival.”

“Journalists can be the inspiration and can inject motivation and energy to scale up efforts in achieving the human prosperity that the world is yearning for,” he said.