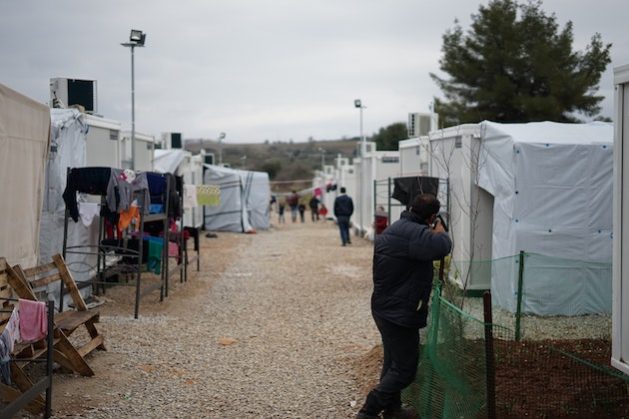 The World report on the health of refugees and migrants, published on July 20, 2022, was the first to survey studies of various refugee health outcomes, including mental health.

The report highlighted that refugees are not inherently less healthy than host populations but that various social factors, including changes in income, substandard living conditions, and barriers to other services, can result in poorer health and well-being.

Refugees from conflict-affect areas are also at a higher risk of developing mental disorders like PTSD, anxiety, and depression. While rates vary by population and region, one study cited by the WHO estimated the burden of conditions to be 22.1 percent.

But experts caution that estimates of PTSD in the field may be overstated because of the difficulty of discerning a post-traumatic stress disorder (PTSD) response from a normal behavioral response to trauma.

The WHO report also dove into the importance of mental health, which Dr Timothy Mackey, a global health professor at the University of California San Diego, told IPS is often neglected.

According to one report, only 0.3% of international assistance for health went to mental health care between 2006-2016. Refugees can also be excluded from accessing health services in certain countries based on their migratory status.

The neglect of mental health care is often because of limited resources and capacity, added Mackey. Healthcare issues that are more visible and studied extensively tend to be more significant priorities.

“[Mental health] is harder to advocate for than a lot of the more quantifiable diseases like an infectious disease outbreak, or diabetes, or heart disease or cancer, where you may have more compelling global disease burden statistics.”

“Because there can be such clear acute trauma, and especially in the early stages of the lifecycle with children, [mental health issues] can have very lasting impacts for economic productivity or long-term health outcomes. […] Addressing mental health is a preventative component. It can save health systems money, and it can lead to better long-term outcomes.”

But disorders are only one aspect of mental health. Some academics advocate for treating refugees holistically – taking into account the overall well-being of refugees in addition to visible health problems.

This means examining the social factors affecting a person’s mental state, like living and working conditions. The WHO report revealed that both could play a big role in overall refugee well-being.

According to one study, Palestinian refugees from occupied territories had a reduced risk of mental disorders when they were in secure housing in Lebanon. Another study on Southeast Asian refugees in Canada showed a significant improvement in mental health once refugees had access to the labor market and could generate income.

Hussein Alzribi, a former refugee from Syria, is familiar with how a lack of security can affect well-being. He fled Syria in February 2016 and underwent a brief transitory period in Greece before settling in the Netherlands.

Unable to practice law as a refugee, Alzribi told IPS that his stretch of unemployment felt hopeless.

“I couldn’t practice my profession, I didn’t know who to ask, and I had no money. There was nobody to give me guidance and help.”

He has since co-founded a non-profit that provides coaching to help refugees find employment. His co-founder, Bev Weise, told IPS that their non-profit, Refugee JumpStart, is a great support to refugees.

She said that being employed and generating income makes them feel part of society.

Dr Michaela Hynie, a psychology professor at York University in Canada, echoes this claim. In her research, she’s found many of these problems around refugee well-being to be rooted in social exclusion and systemic problems, rather than individual issues.

She stressed to IPS that many of the concerns of refugees she’s encountered center around a lack of stability and security.

“We default to mental health, which allows us to then say it’s about the individual and they have a mental health problem, and we need to teach them to be resilient as opposed to they’re in a system that is preventing them from establishing the things that we need for mental health.”

She argued that to improve refugee well-being, governments should focus on finding ways for people to thrive and find opportunities.

Most countries do not have policies on refugee well-being. Many are also far from considering refugee health in a comprehensive way that takes well-being into account, Mackey told IPS.

Getting to that place requires prioritizing refugee health. The WHO has stressed this requires focusing on data collection. Refugees are largely invisible from health data because large-scale surveys tend not to disaggregate their results by migratory status. This can make public officials “oblivious” to health issues within their borders.

The WHO stated that more data could enable better monitoring and strengthen compliance with refugee-related Sustainable Development Goal (SDG) targets.

Data collection is necessary for meaningful policy development, she added.

“We need sound data collection and monitoring systems that truly represent the diversity of the world population and the experience that refugees and migrants face the world over and that can guide more effective policies and interventions.”