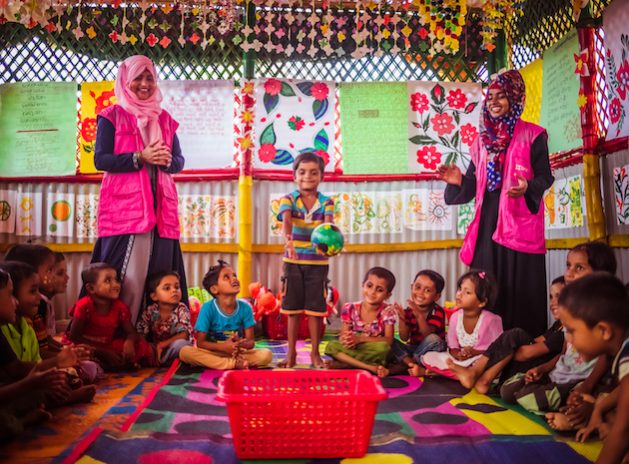 BRAC celebrates 50 years and has reached over nine million people living in extreme poverty through its Ultra-Poor Graduation program, which introduces a set of sequenced and holistic interventions intended to guarantee sustained financial stability. Credit: BRAC

New York, Jul 13 2022 (IPS) - As part of the 2022 United Nations High-Level Political Forum, BRAC, with the Permanent Mission of Bangladesh to the United Nations, and the Permanent Mission of the Republic of Rwanda to the United Nations, hosted a side event this week to discuss development opportunities led by the Global South. The event highlighted the NGO’s achievements over the last five decades in alleviating and eradicating poverty and the interconnectedness between the UN Sustainable Development Goals (SDGs) in their initiatives. 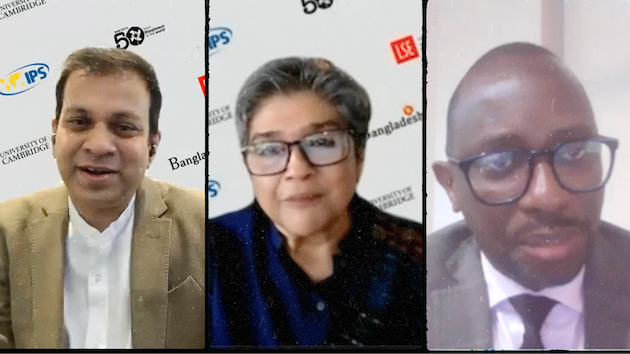 The event was a commemoration of BRAC’s 50th anniversary. Founded in 1972 by Sir Fazle Hasan Abed, BRAC began as a humanitarian relief provider after Bangladesh’s war of independence ended in 1971. The NGO has since grown in scale and operations, the only one of its size to originate from the Global South. Its programs reach over 100 million people in 11 South Asia and African countries. It aims to provide the tools and strategies for people to graduate from poverty and into more financially stable, resilient lives. Over the last five decades, BRAC has worked to address the pressing socio-economic issues of the times through holistic, solutions-based approaches that have relied on local community involvement in multiple program planning and implementation avenues.

The success of BRAC and other NGOs has also come down to the close collaboration between them and the Bangladesh government. Bangladesh has been celebrated for its economic growth and development, achieving the highest GDP globally from 2010 to 2020. The World Bank has called it a “model for poverty reduction”. This has been possible, as Ambassador Rabab Fatima stated in her opening remarks, because of the government’s “tremendous commitment to achieving the UN SDGs, especially SDG 1: No Poverty – aligning national plans and policy documents with SDG targets and goals and working in close partnership with the NGO sector and other civil society members, including BRAC”.

The forum’s discussion also deliberated on the multi-faceted approach needed for poverty eradication.

BRAC Executive Director Asif Saleh noted that “critical to eradicating poverty is understanding that it is multidimensional.”

“Solutions must address not only income and livelihoods but also education, health, climate, and gender equality – the many interconnected drivers that trap people in the most extreme states of poverty, unable to escape without receiving a significant transfer of assets and tailored support…”

Saleh also remarked that BRAC’s social development and investment approach had been shaped by a “problems-driven approach, rather than a proposal-driven one” and is crucially defined by its founding and establishment in the Global South. The traditional approach to development, as designed and dictated by the Global North, has had the unintended consequence of excluding millions of people from traditional programs and market-led initiatives.

“What we’ve seen is that people in extreme poverty are being left behind in development discussions.” 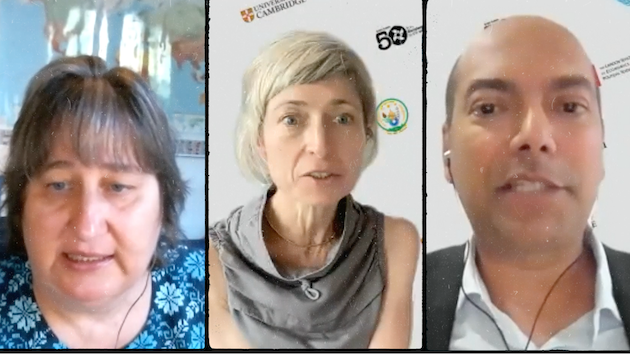 The high-level forum also covered how BRAC’s work and, in turn, Bangladesh’s growth and success demonstrate the SDGs’ interconnectedness, particularly regarding SDG1. Most notably, SDGs 4, 5, and 17 call for equitable and inclusive quality education for all, gender equality and revitalizing global partnerships for sustainable development.

In working with millions of people living in extreme poverty, the solutions put forward by BRAC have been borne from innovation through frugality for the sake of financial viability and social and environmental impact, as Professor Jaideep Prabhu noted.

“Indeed, Bangladesh has pioneered the idea of social business… but instead of returning these profits to investors and owners, you put this wealth back into scaling your social mission and broadening your social impact.”

Prabhu also noted that this approach to business and social development had been adopted worldwide, including publicly listed companies that take responsibility for their performance’s social and environmental impact.

BRAC reached over nine million people living in extreme poverty through its Ultra-Poor Graduation program, which introduces a set of sequenced and holistic interventions intended to guarantee sustained financial stability.

Among their efforts at poverty eradication, a key factor has been to empower women through education and economic independence.

Oriana Bandiera of the London School of Economics remarked: “It is not possible to achieve SDG1 [No Poverty] without advancing economic opportunities for women and their status in society.”

Studies from the International Center for Research on Women (ICRW) have shown that investing in women’s economic empowerment can have a meaningful impact on social and economic development. This can be observed in Bangladesh, where it has made significant strides in reducing gender divisions, closing 72 percent of the overall gender gap, and reducing the rates of child marriages, maternal mortality, and family violence.

As was discussed in the forum, this investment in women’s economic empowerment and the long-term impact on poverty eradication can be achieved through community engagement. This has been seen in BRAC’s education programs, first pioneered in 1985. Their model for community-based education programs recruits women, men, and other members of local communities in the most vulnerable areas to provide accessible schooling for boys and girls in one-classroom settings. Today, BRAC has become one of the world’s largest education providers. 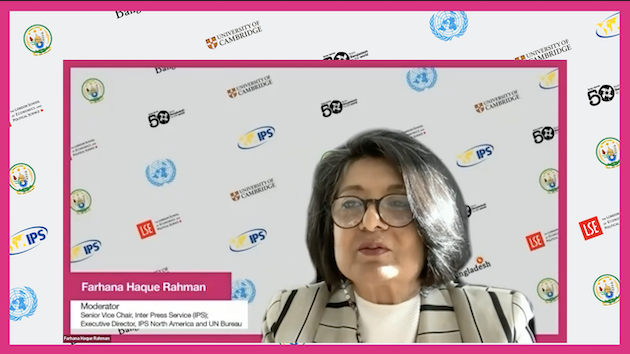 BRAC demonstrated the potential for countries in the Global South to proactively lead development initiatives in the region. Deputy Permanent Representative of the Republic of Rwanda to the UN Robert Kayinamura stated that middle-income countries should step up to corroborate and share their knowledge and lived experiences in shaping these initiatives, citing Rwanda’s growth in the development sector.

“We have tried to achieve within our means with the SDGs,” he said. “It has been partnerships, including BRAC, which has brought us to where we are.”

This sentiment and call for partnerships to achieve the SDGs was echoed by Susanna Wolf of UN-OHLLRS, who provided the perspective of international agencies.

“Strong emphasis on building resilience to various shocks from health emergencies to disasters and price shocks, which are all increasingly frequent and disproportionally affect LDCs (Least Developed Countries). To address the multidimensional nature of poverty, all partners are expected to step up their efforts. Social protection has an increasingly important role to play, and other LDCs can learn a lot from the innovative approaches spearheaded by BRAC.”

The systemic inequities that have resulted in and perpetuated extreme poverty have only come in sharper contrast in the wake of compounding global crises such as climate change and the COVID-19 pandemic. The efforts of NGOs like BRAC and the frontline workers that continue to work through these crises to support the most vulnerable communities show their resilience. BRAC has championed people’s resilience, agency, and partnership for fifty years; may it continue for another fifty more.