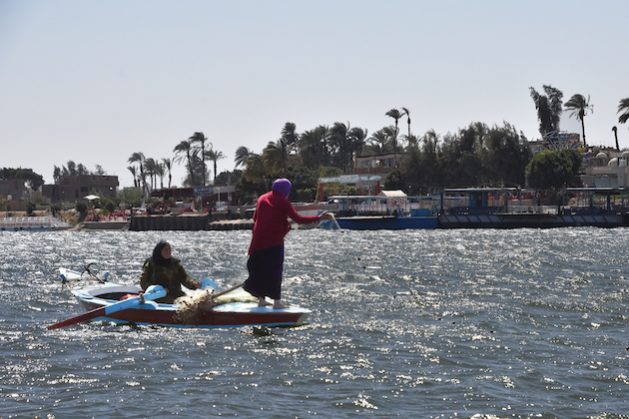 CAIRO, Mar 24 2022 (IPS) - When Suhier Abed’s husband broke both legs after falling two floors while working in construction, the 32-year-old mother of five needed to support her family.

She joined the Bab Amal Graduation program hoping that she would replace the $100 her husband earned a month.

“I started my project with two sheep in the hopes of bettering my living situation, especially given my husband’s medical conditions. Indeed, I was successful in developing it, and within a year, the number of sheep had increased to five,” Abed told IPS.

Abed and her husband’s siblings share one house with three rooms. Each family lives in a room with two beds in the village of Al-Shamiya, Assiut Governorate, 440 km from Cairo.

The village between the Nile’s east bank and the desert is a typical upper Egyptian town, with high school dropout rates, unemployment, and high poverty levels.

BRAC’s Ultra-Poor Graduation Initiative (UPGI) works to help people lift themselves out of extreme poverty worldwide through the Graduation approach — a holistic, sequenced set of interventions developed 20 years ago designed to reach the most vulnerable people. Egypt is one area where BRAC UPGI is working, providing technical assistance on a Graduation program focused on empowering rural households in extreme poverty.

People living in extreme poverty in Egypt face significant challenges due to rising food prices, currency devaluation, and a lack of sustainable employment opportunities in a country where 32.5 percent of the population lives below the national poverty line.

According to the World Bank’s household survey results for October 2019-March 2020, around 30% of the population lived below the national poverty line before the pandemic coronavirus (COVID-19) outbreak.

COVID-19 is likely to have contributed to an increase in the poverty rate.

The Bab Amal program started in late 2018 in the two poorest governorates of Egypt: Assiut and Sohag.

“As with any of our Graduation Programs, coaches and field staff are tasked with providing skills training in finance and savings, livelihood development, and ongoing coaching on health, nutrition, education, and more, to help participants carve a pathway out of extreme poverty — helping them meet their most basic needs and beyond,” Irven says.

“To ensure that participants, their families, and even entire communities can weather the storm and move onward and upward from this global crisis, program staff and coaches have put a renewed focus on ensuring that eligible program participants are connected to basic services like health clinics, schools, sanitation facilities, government social protection programs, identification cards and so on.”

BRAC UPGI is committed to combating global extreme poverty, which has increased due to the pandemic in the last two years.

“We believe that to eradicate extreme poverty, which is about so much more than a lack of income, we must invest more heavily in multifaceted approaches that address various challenges people in extreme poverty tend to face – including a lack of food, clean drinking water, regular income, savings and more. Evidence shows that BRAC’s holistic Graduation approach can enable those furthest behind to create a pathway out of the poverty trap,” Irven says.

Abed explains how her small investments grew with the help of this project.

“Following my success with the sheep fattening project, I embarked on my second personal project, handcrafting homemade household detergents and selling them to the women of my village,” Abed says.

Her husband began to recover and obtained a loan to purchase a motorcycle to help with household expenses. Her profits helped him repay a portion of the loan she took out as part of the program. 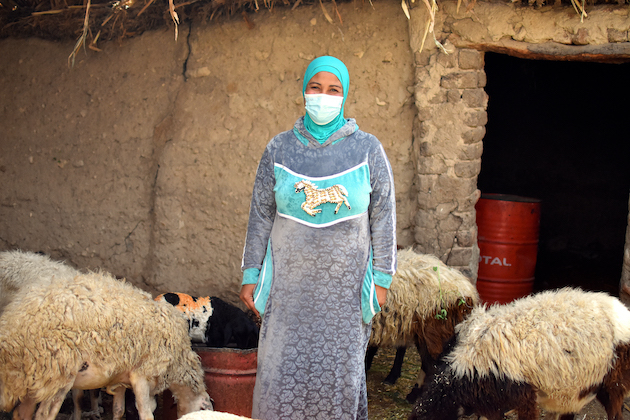 Women learn various skills including in finance and savings, livelihood development, and ongoing coaching on health, nutrition, education, and more. Through the BRAC UPGI programme women are able to lift themselves and their families out of extreme poverty. Credit: Bobby Irven/BRAC

Suhier aspires to buy a machine that produces household detergents to reduce manual labour and increase production. She also aspires to provide her five children with a good education, which she did not receive.

Another beneficiary, Ibtisam’s situation, was not much better. She began her project with three pregnant sheep in addition to the fodder. Only one sheep gave birth, and the lambs ended up dead in a few weeks, and it appeared that the project would collapse.

“Within a year, my capital declined from $700 to $500, and with the advice of my coach, I decided to sell the sheep and buy a small cow,” Ibtisam told IPS.

Before the program, she did not possess the skills or knowledge to save, especially since her husband did not bring in a steady income. “The coaches teach us to save, a culture we were completely unaware of at the time, but it has become critical in our lives, assisting us in managing our expenses and providing future savings for our children,” Ibtisam says.

Safaa Khalaf is one of the program facilitators who serves 64 families in Shamiya village, where Ibtisam and her family live.

“Once a month, I visit each family and conduct a savings session, as well as follow-up and recording of each woman’s savings and expenses. The second session concentrates on one of the life skills or topics that are important to them, such as female circumcision, early marriage, and family planning,” Safaa told IPS.

Coaches also play a critical role in building connections to financial services and savings for participants. The participants in Graduation programs are often under the assumption that, given their financial status, or lack thereof, they are ineligible to access formal, public financial services like bank accounts or loans, but it is a lack of financial literacy that is the actual roadblock.

“We assist these women in identifying the right project for them and providing the necessary information, training, and tools, such as sewing, handicrafts, and sheep fattening. We also assist their children who have dropped out of school in re-enrolling, paying for school expenses, and navigating government procedures,” Safaa says.

In the village of Al-Shamiya, dozens of successful female role models rebelled against their inherited poverty and neglect and began to turn difficult circumstances into successes. Innovation, like turning a tiny portion of their homes into a grocery store or repurposing a corner as a sewing or handicraft facility, means they can support their families and give their children the education they deserve.