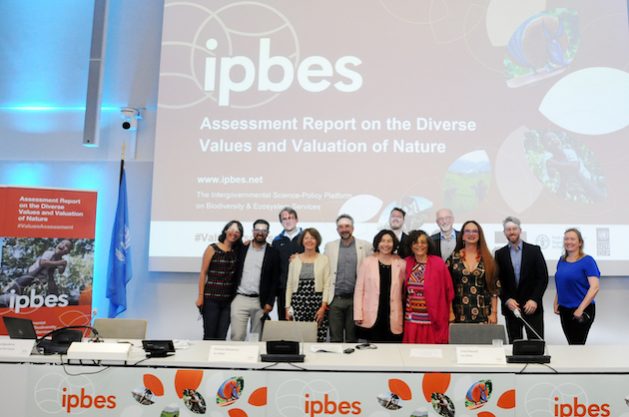 The launch of the IPBES Assessment Report on the Diverse Values and Valuation of Nature. The report argues that because nature is poorly valued, this is driving biodiversity loss. Credit: IISD Diego Noguera

Bulawayo, Jul 11 2022 (IPS) - Nature has diverse values for different people, but it is poorly evaluated, and this is driving the global biodiversity crisis, top scientists say in a new report.

The Assessment Report on the Diverse Values and Valuation of Nature found that the way nature is valued in political and economic decisions is a key driver of the global biodiversity crisis and, simultaneously, a vital opportunity to address this loss. Nature is valued for its contribution to food, medicines, energy, and cultural significance, among other benefits. Representatives of the 139-member states of the Intergovernmental Science-Policy Platform on Biodiversity and Ecosystem Services (IPBES) approved the report on Saturday, July 9, 2022.

IPBES is a global science-policy body tasked with providing scientific evidence to decision-makers for people and nature.

Widening the values of nature

Conducted over four years, the Values Assessment by 82 top scientists and experts highlights a dominant global focus on short-term profits and economic growth, and nature’s often multiple values are ignored in policy decisions. The Values Assessment sought to improve the value of nature, the quality of life, and justice.

“Biodiversity is being lost, and nature’s contributions to people are being degraded faster now than at any other point in human history,” said Ana María Hernández Salgar, Chair of IPBES. “This is largely because our current approach to political and economic decisions does not sufficiently account for the diversity of nature’s values.

The authors note that the release of the IPBES Values Assessment was strategic ahead of the expected agreement in December 2022 by the Parties to the Convention on Biological Diversity (CBD) on a new global biodiversity framework for the next decade. The Values Assessment is also expected to contribute to achieving the 2050 Vision for Biodiversity, the 2030 Agenda for Sustainable Development, and the future post-2020 global biodiversity framework, towards just and sustainable futures. 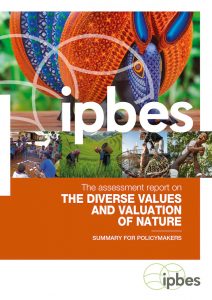 “Effective policy decisions about nature must be informed by the wide range of values and valuation methods, which makes the IPBES Values Assessment a vital scientific resource for policy and action for nature and human well-being,” Salgar said.

The Values Assessment flagged unsustainable use of nature, including persistent inequalities between and within countries, as a key driver of the global decline of biodiversity. This resulted from predominant political and economic decisions based on a narrow set of values, such as prioritizing nature’s values as traded in markets and macroeconomic indicators like Gross Domestic Product (GDP). The specific values of nature include nature as instrumental, intrinsic, and relational. The valuation was applied to habitats, mainly forests, cultivated areas, inland water bodies, and coastal areas.

Embedding values of nature into policymaking

The report notes that nature’s values and valuation approaches can be leveraged in policymaking, which presents opportunities to tackle the global biodiversity crisis.

The authors identified four values-centered ‘leverage points’ that can help create the conditions for the transformative change necessary for more sustainable development. These include recognizing the diverse values of nature, embedding valuation into decision-making, reforming policies and regulations to internalize nature’s values, and shifting underlying societal norms and goals to align with global sustainability and justice objectives.

Baptiste said values are behind our daily decisions and business opportunities and that assessment is helping locate the relations between those values and actions that the different actors in society can develop.

The report said that economic and political decisions have predominantly prioritized certain values of nature, particularly market-based instrumental values of nature, such as those associated with intensive food production.

“With more than 50 valuation methods and approaches, there is no shortage of ways and tools to make visible the values of nature,” said Professor Unai Pascual, Assessment Co-chair. For instance, only two percent of the more than 1,000 studies reviewed consulted stakeholders on valuation findings, and only one percent involved stakeholders in every step of the process of valuing nature. 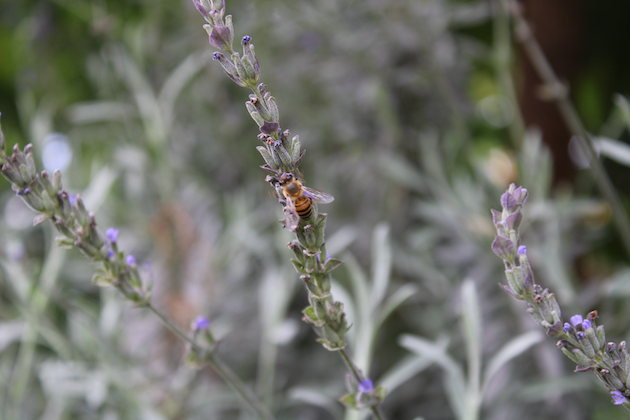 The Values Assessment provides decision-makers with tools and methods to understand the values individuals and communities hold about nature. Credit: IPBES

“What is in short supply is the use of valuation methods to tackle power asymmetries among stakeholders and to transparently embed the diverse values of nature into policymaking,” Pascual urged.

The Value Assessment, which drew on more than 13,000 references – including scientific papers and information sources from indigenous and local knowledge – builds on the 2019 IPBES Global Assessment, which identified economic growth as a key driver of nature loss. More than 1 million plants and animals are at risk of extinction.

The report finds that the number of studies that value nature has increased on average by more than 10 percent per year over the last four decades, with the recent valuation studies focusing largely on improving the condition of nature and on improving people’s quality of life.

Co-chair Patricia Balvanera said the Values Assessment provides decision-makers with tools and methods to understand the values individuals and communities hold about nature.

The quality of valuation can be enhanced by considering the relevance, robustness, and resource requirements of different valuation methods. For example, a development project can yield economic benefits and jobs, for which instrumental values of nature can be assessed. However, the same project can also lead to the loss of species associated with intrinsic values of nature, and the destruction of heritage sites important for cultural identity, thus affecting relational values of nature.

Raising the quality of valuing nature

Another Co-chair of the Value Assessment, Mike Christi, said the valuation of nature is intentional. As a result, the type and quality of information that valuation studies can produce largely depends on how, why, and by whom valuation is designed and applied.

“Recognizing and respecting the worldviews, values, and traditional knowledge of indigenous peoples and local communities allows policies to be more inclusive, which also translates into better outcomes for people and nature,” said Brigitte Baptiste, Co-chair.

“Also, recognizing the role of women in the stewardship of nature and overcoming power asymmetries frequently related to gender status can advance the inclusion of the diversity of values in decisions about nature.”

The report finds that a number of deeply held values can be aligned with sustainability, emphasizing principles like unity, responsibility, stewardship, and justice, both towards other people and towards nature.

“Shifting decision-making towards the multiple values of nature is a really important part of the system-wide transformative change needed to address the current global biodiversity crisis,” said Balvanera. “This entails redefining ‘development’ and ‘good quality of life’ and recognizing the multiple ways people relate to each other and to the natural world.”

The analysis shows that various pathways can contribute to just and sustainable futures through a green economy, degrowth, earth stewardship, and nature protection.

Commending the IPBES Assessment Report on the Values and Valuation of Nature, Elizabeth Maruma Mrema, Convention on Biological Diversity, Executive Secretary, noted that implementing the goals and targets in the Global Biodiversity Framework, which will complement the 2030 Sustainable Development Agenda, underpins the knowledge in different types of values of nature as demonstrated by the Values Assessment.

“Nature, in all its diversity, is the greatest asset that humanity could ever ask for,” said Andersen. “Yet, its true value is often left out of decision making. Nature’s life support system has become an externality that doesn’t even make it onto the ledger sheet.”