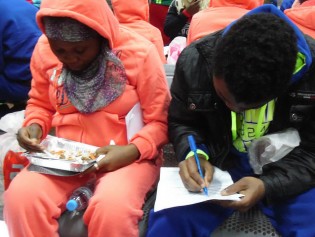 By Mbom Sixtus
Cameroon’s government under President Paul Biya is bearing down on a separatist movement fighting for the rights of a minority English-language region, using as its weapon a sweeping new anti-terrorism law introduced at the end of last year.
ADVERTISEMENT ADVERTISEMENT