DAKAR, Senegal, Jul 25 2022 (IPS) - The current Ukraine-Russia conflict is dominating the global media to the point of overshadowing longer protracted crisis that no longer make headlines, but are still rife. Such is the case with the on-going Sahel crisis, one of the world’s most neglected ones, where acute poverty, the dramatic effects of climate change and rising armed conflicts have become the norm for more than a decade. A situation further exacerbated by the on-going COVID-19 pandemic. 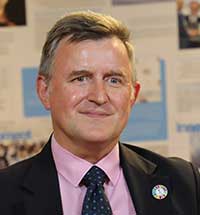 The Sahel region, known for its nomadic herders and resilient agriculture systems, spans 6000 km across a dozen of countries south of the Sahara desert, which include Mauritania, Burkina Faso, Mali, Niger and Chad for a population of approximately 150 million. They share a common geography, a similar climate and way of life, but they are also among the poorest countries in the world, ranking last in the Human Development Index. According to the UN Refugee Agency, the region counts more than 4.6 million people who have lost their home today, including 2.7 million people who are internally displaced and running away from conflict and drought. They no longer have a livelihood and need to rely on humanitarian aid for their survival.

However, as vital as it is, humanitarian aid cannot provide a long-term solution. More coordinated responses that address the underlying causes of the crisis are required. For this reason, the three UN agencies specialised in food and agriculture, namely the International Fund for Agricultural Development (IFAD), the Food and Agriculture Organisation (FAO) and the World Food Programme (WFP), have joined forces with the G5 Sahel, the regional organisation established in 2014 by the five most affected Sahel countries. Together and with the participation of Senegal, they have launched a US$180 million programme to improve the livelihoods and economic means of rural producers in the region and scale up successful pilot activities. Through it, a common approach is implemented, capitalizing on rural development work of past decades, particularly in supporting farmers and herders’ associations.

At IFAD we have a long experience working with rural producers in the region, however, until now, we tended to implement programmes nationally, in agreement with national governments. Currently, IFAD is financing 20 programmes and projects in G5 Sahel countries plus Senegal for a total of US$1 billion.

With the existence of regional Sahel organisations, we can now focus our efforts at regional level, knowing that many of the issues cut across national borders, and work in partnership with all the governments and international agencies concerned. This is for the benefit of the poorest, which is the purpose of the joint Sahel programme, known as the Regional Joint Programme Sahel in Response to the Challenges of COVID-19, Conflict and Climate Change (SD3C). In addition to financing, IFAD is contributing its long experience in implementing agricultural projects at local level, FAO is bringing its in-depth knowledge and research in agriculture, and WFP its expertise working in conflict areas.

An estimated 25 million people in the Sahel are nomadic pastoralists who are increasingly more desperate to find grazing areas for their cattle herds because of the effect of climate change. As they expand grazing areas into farming land, conflicts with sedentary farmers are on the rise leading to a decline in food production, when at the same time the population is increasing. According to UN forecast, population in the Sahel should more than double to 330 million people by 2050. How will they eat if the issue of food production and productivity is not addressed today through agriculture investment and adequate planning?

The programme looks to increase food production and yields through climate-resilient agricultural practices, a key aspect in a region where 80 percent of agriculture is estimated to be affected by climate change. With climate experts forecasting temperatures in the region, currently averaging 35 degrees Celsius, to rise by at least 3 degrees by 2050, there is even more urgency to implement climate resilient measures today.

Beyond the key issue of agriculture, the programme is also focussing on promoting cross-border trade and transactions and peace building at community level. Women, who typically have limited access to land and finance, are making up to 50 per cent of the programme’s participants. About 40 per cent are young people, who face high rates of unemployment and receive help in launching productive activities to create jobs and generate decent incomes. Landless people and transhumant pastoralists also benefit. The overall strategy is designed to meet the challenges of emergency, development and peace following a rapid intervention approach based on the scaling up of existing and efficient responses and approaches. Under implementation since 2021, the program will continue up to 2027 and expand to other countries in the Sahel region.