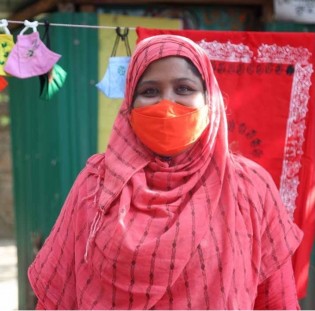 By IPS Correspondent
Honorine Meda is 23. Cycling through her hometown of Dissin, in Burkina Faso’s verdant southwest, she smiles, waves and stops to chat with one of the girls she counsels.

By IPS Correspondent
About 900 youth leaders, government and civil society representatives from almost every country in the world, representing about 43% of the world’s population under age 25, will convene in Bali to participate in the “ ICPD Beyond 2014” Global Youth Forum to develop official recommendations for the United Nation’s development agenda. The meeting is scheduled to take place December 4-6.

By IPS Correspondent
As regional delegates meet to discuss a legally binding ban on the use of mercury this week, Guyanese officials are arguing that an exception should be made for the South American country’s lucrative gold mining sector until an acceptable alternative is found.

By IPS Correspondent
Nepal now ranks 11th on a list of the world’s most earthquake-prone countries, yet it remains one of the least disaster-prepared nations globally. Two major earthquakes in the last two years, one on Sep. 18, 2011 and the other on Oct. 5 of this year, have failed to spur the government into action.

By IPS Correspondent
Argentine scientists agree that there are signs of recovery of the ozone layer that protects life on earth by filtering out the sun’s harmful ultraviolet radiation, but they are cautious about saying that the problem is on its way to a solution.

By IPS Correspondent
In Chile, not only do all people diagnosed with HIV/AIDS receive treatment, but the country also has advanced mechanisms for monitoring outcomes of the antiretroviral therapy.
Next Page »
ADVERTISEMENT ADVERTISEMENT