Stories written by Baher Kamal
Baher Kamal is Senior Advisor to IPS Director General on Africa & the Middle East. He is an Egyptian-born, Spanish-national, secular journalist, with over 43 years of experience. Since the late 70s, he specialised in all development related issues, as well as international politics. He also worked as Senior Information Expert for the Euro-Mediterranean Partnership at the European Commission in Brussels, and as the first-ever Information Officer and Spokesperson at UNEP’s Mediterranean Action Plan in Athens. Kamal speaks Spanish, Arabic, English and Italian. | Twitter | 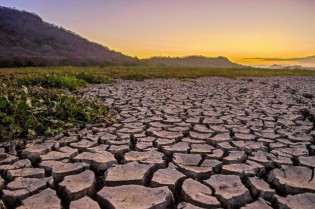 By Baher Kamal
While grain exports continue to regularly flow to world's markets since the July 2022 Turkey-brokered agreement between Russia and Ukraine to resume cereals and fertilisers shipments from both countries, food prices are still skyrocketing everywhere. How come?

By Baher Kamal
Just a few days ahead of the UN Climate Conference (COP27) in Egypt (6-18 November), new revelations show how far rich, industrialised countries –those who contribute most to the growing catastrophes- have been lying over their real contributions to climate finance.

Will The Lettuce Outlast All This?

By Baher Kamal
No. No lettuce, no matter how British it may be, could outlast such a steady depletion of the very foundation of life.

By Baher Kamal
Make no mistake. Violence against women has been perpetuated, specially when it comes to those who have already been deprived of their basic human rights, as it is the case of rural women in over two-thirds of the world.

Millions of Girls Abused in the Name of Toxic Masculinity

By Baher Kamal
A common feature to religions – including the monotheistic ones – is that groups of males have self-proclaimed themselves as the source for interpreting the “Word of God,” shaping them, and spreading them among the peoples of good faith.

By Baher Kamal
Have you eaten today – or are sure you will? The answer depends on where you were born and where you live now. If you are Spanish or live here, you likely did or will, provided that you are not one of this European country’s 900.000 inhabitants who face some sort of hunger, malnutrition or undernourishment.

By Baher Kamal
While women in rich societies are paid around 25% less than men for equal jobs, those living in impoverished countries receive by far much lower salaries, if any at all.

By Baher Kamal
Shortly before the 25 August approval by the Spanish Parliament of the government’s plan to save energy, the country’s right and far-right opposition parties revived their debate about an earlier suggestion of not wearing neckties in the Spanish Congress and Senate and other official institutions.
Next Page »
ADVERTISEMENT ADVERTISEMENT