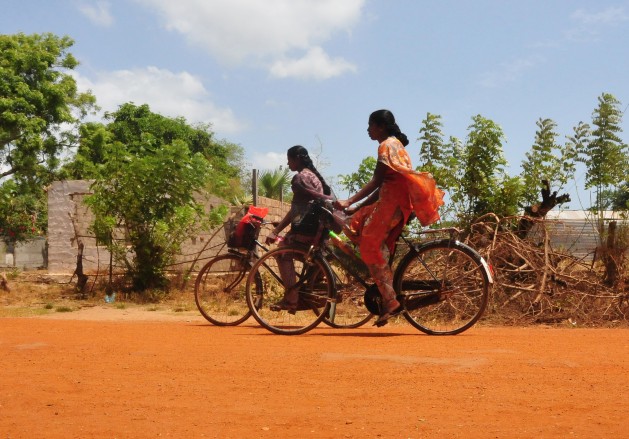 Progress for Least Developed Countries could be a mixed blessing. Credit: Amantha Perera/IPS.

UNITED NATIONS, May 13 2016 (IPS) - The United Nations will undertake a major review of progress made in the world’s 48 Least Developed Countries (LDCs) later this month.

“Many positive steps have been made by the world’s most vulnerable countries, demonstrating what they can do with the right support, but much more needs to be done given the persistent challenges and structural bottlenecks”, Gyan Chandra Acharya, High Representative for Least Developed Countries and Small Island Developing States said at a press conference here Tuesday.

The Midterm Review of the Istanbul Programme of Action for the Least Developed Countries will take place in Antalya, in the south of Turkey, from 27 to 29 May.

The countries defined by the UN as Least Developed Countries (LDCs) represent the poorest and under-developed segment of the international community. Two thirds of the 48 countries are in Africa, with the remaining one-third in the Asia-Pacific region, with Haiti the only LDC in the Americas. They comprise more than 880 million people – 12 per cent of the global population – half of which currently lives below the poverty line.

“We do not want to see a situation where a country graduates [from the LDC category] and then comes back again." -- Gyan Chandra Acharya.

In the past five years, the LDCs have made progress, including through access to the internet and telephone networks, infrastructure expansion, access to energy, reduction of child and maternal mortality rates, access to primary education, and women’s representation in parliament.

However development for the LDCs can be considered a mixed blessing, since many special forms of development assistance are directly targeted at these countries.

According to Acharya, this is why so-called graduation from the LDC category is more of a transition which takes place over a period of several years.

“We do not want to see a situation where a country graduates [from the LDC category] and then comes back again as an LDC,” he said.

He pointed to examples of recently graduated countries such as the Maldives and Samoa which are still receiving many of the facilities provided to the LDCs.

Acharya also said that consideration of when a country will graduate from LDC status was not only based on income.

To constitute a country as an LDC, three aspects of development are looked at, Gross National Income (GNI), Human Assets Index (HAI) and the Economic Vulnerability Index (EVI).

This reflects other aspects of an LDCs development, including their resilience to set-backs such as conflict, climate change and natural disasters.

According to the Group of 77 plus China (G77) which represents developing countries at the United Nations, “LDCs are the major victims of climate change.”

They are also vulnerable to “major health crises, natural calamities, price fluctuations of commodities, and external financial shocks,” the group said in its most recent statement on the upcoming review.

The G77 says that although the Istanbul Programme of Action stressed the importance of building the resilience of developing countries to withstand such shocks, “no visible international support has been devoted to build resilience of the LDCs.”

Acharya is hopeful for the meeting in Turkey, the review “provides an important opportunity for the global community to reaffirm its commitment to the world’s most vulnerable nations,” he said.

“Now is the time for action to ensure that no one is left behind as we build new and transformative partnerships, forging an inclusive and empowering future for millions of people living in Least Developed Countries.”