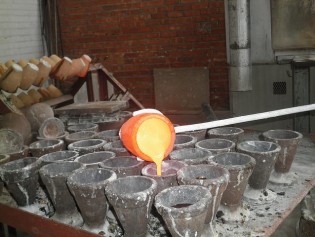 By Naimul Haq
Experts believe that the upcoming United Nations Earth Summit, Rio+ 20, scheduled to take place in Brazil from Jun.20-22, could be a real opportunity for Bangladesh to negotiate a road to sustainable development.

By Thalif Deen
When the U.N. General Assembly unanimously adopted a resolution back in September 2000 laying out eight Millennium Development Goals (MDGs), it specified 2015 as the target date to achieve them.

By Moustapha Keita
Guinea faces acute problems in the supply of clean water and electricity to its citizens, slowing the country's economic development. A major project to address this is now under way, but some Guineans are sceptical of its promises.

By Jonathan Migneault and Berlinda Chochoe Nortey
When Jack Sabadgou left Ghana for Switzerland 10 years ago, he left his infant daughter behind to be raised by her mother. Now he wants his child back, and he is running out of time in a bid to save her from the banned traditional practice of female genital mutilation.

By Miriam Gathigah
Women’s rights champions are not prepared to let the dust settle on the Fourth High Level Forum on Aid Effectiveness that ended in this South Korean port city on Dec. 1 with the customary nod towards gender equality and empowerment.
Next Page »
ADVERTISEMENT ADVERTISEMENT