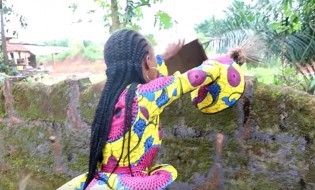 By Sam Olukoya
Miriam* hoped for a better life in Europe. Instead, her journey ended in Libya, where, double-crossed by traffickers she was raped and abused.  She has returned to Nigeria and shared her experiences with Sam Olukoya.

Crisis of Poverty and Inequality in Oil rich Nigeria

By Sam Olukoya
With a production capacity of over 3 million barrels of crude oil per day Nigeria is Africa’s top crude oil producer and the continent’s largest economy. But Nigeria’s wealth has only benefited a privileged few while majority of the citizens remain poor. Poverty and inequality in Nigeria have increased crime rate and heightened crisis including the insurgency of the terrorist group Boko Haram.