In this column, Manuel F. Montes, senior advisor on Finance and Development at the South Centre in Geneva, argues that the limited number of successfully developing countries since the 1950s has provoked a debate over whether the success of these countries required their success in eluding international obstacles to development. The question, he says, is to evaluate features of the international system on the basis of how these features are conducive to enabling long-term investment toward economic diversification. This column is based on a more extensive Research Paper* prepared by the author for the South Centre.

GENEVA, Nov 12 2014 (IPS) - As the international community wades into the political discussions regarding the alternatives to the Millennium Development Goals (MDGs) after 2015 and the design of the Sustainable Development Goals (SDGs) as mandated by the Rio+20 conference, it is timely to consider the question of whether development is a matter mostly of individual effort on the part of nation-states or whether there are elements in the international economic system that could serve as significant obstacles to national development efforts.

If there are obstacles in the international economic system, it is important that the post-2015 development agenda and the SDGs address the question of the elimination or the reduction of these obstacles. 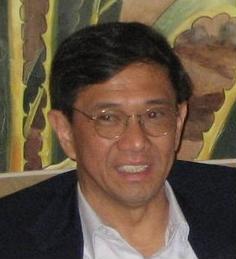 The limited number of successfully developing countries since the 1950s has provoked a debate over whether the success of these countries required their success in eluding international obstacles to development.

The question is to evaluate features of the international system on the basis of how these features are conducive to enabling long-term investment toward economic diversification.

Each of these orthodoxies tended to be a reaction to perceived weaknesses or missing elements from the immediately previous one. The most recent orthodoxy, as exemplified by the MDGs, is that development is about poverty eradication.

But poverty eradication is an overly narrow, possibly misleading, perspective on development.

“Poverty eradication is a desired outcome of development but its achievement is permanent only with the movement of a significant proportion of the population from traditional, subsistence jobs to productive, modern employment”

Poverty eradication is a desired outcome of development but its achievement is permanent only with the movement of a significant proportion of the population from traditional, subsistence jobs to productive, modern employment.

The association of development with poverty reduction created for the donor community the pride of place in economic policy in developing countries.

But this place can be at the cost of reducing the responsibility of donor countries in helping to maintain an enabling international environment for development in trade, finance, human resource development and technology.

In the MDGs, these issues are crammed into “MDG-8”, the so-called global partnership for development, with a very selective and poorly defined set of targets.

Higher levels of productivity and capabilities are possible only with structural transformation of the economy.

In turn, in most societies, according to a report by the Secretary-General of the U.N. Conference on Trade and Development (UNCTAD), such a structural transformation has been “associated with a shift of the population from rural to urban areas and a constant reallocation of labour within the urban economy to higher-productivity activities.”

Structural transformation is only possible with substantial and sustained investment over decades in new activities and products, not just in anti-poverty programmes.

Where the international economic system is hostile to investment in new, productivity enhancing economic activities is where its elements create obstacles to development.

One example of an externally based obstacle is aid volatility which has been shown to have highly negative impacts on macroeconomic performance and domestic investment.

Capital and technological investments are required to overcome the enormous productivity gap between developing and developed countries which characterises the world economy.

In 2008, a ratio of the average Gross National Income (GNI) per worker in the countries of the Organisation for Economic Cooperation and Development (OECD) versus those in the least developed countries (LDCs) was 22:1 in favour of the OECD countries.

This imbalance has worsened by a factor of five in comparison to the earliest days of capitalist development. In the nineteenth century, taking the Netherlands and the United Kingdom as the richest countries and Finland and Japan as the poorest, the productivity gap was only between 2 to 1 and 4 to 1.

Dependence on commodity exports sustains the productivity gap between developed and developing countries.

Abundant global liquidity and growing trade imbalances fuelled a commodity boom in the 2000s which benefited many developing countries, including many LDCs.

While in the 2000s LDCs experienced the strongest growth rates since 1970s, according to UNCTAD, more than one-quarter of LDCs actually saw GDP per capita decline or grow slowly in the 2002-2007 global boom.

Even the middle income region of Latin America presents evidence of insignificant structural improvement in fiscal and current account balances.

Previous commodity boom periods had similarly not been an occasion for structural change in LDCs. UNCTAD suggests that between the 1970s and 1997, manufacturing as a proportion of GDP increased by less than two percentage points in LDCs as a group, a period which saw various episodes of commodity and global liquidity booms.

When considering LDCs from Africa alone and including Haiti, manufacturing fell from 11 to 8 percent during the same period.

These policies had been intended to facilitate economic diversification. Instead of the expected outcome, greater trade liberalisation has been accompanied by greater concentration in the structure of exports.

The international economic system labours under the constraint that the highest decision-making bodies in key institutions, such as the International Monetary Fund (IMF), do not provide sufficient voting weight and policy influence to countries most affected by their operations.

One effort under way but under enormous political obstruction is to update voting weights in line with the changed economic structure. Even the G20, where important developing countries sit, has been unable to advance progress. (END/IPS COLUMNIST SERVICE)

*  Click here for the Research Paper on which this column is based.