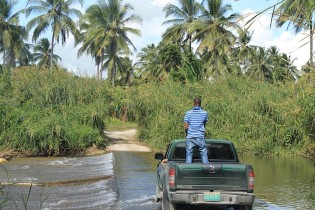 By Emma Bonino
"A serious political and social crisis will sweep through the euro countries if they do not decide to strengthen the integration of their economies. The euro zone crisis did not begin with the Greek crisis, but was manifested much earlier, when a monetary union was created without economic and fiscal union in the context of a financial sector drugged on debt and speculation.”
Next Page »
ADVERTISEMENT ADVERTISEMENT