Stories written by Zadie Neufville
Zadie Neufville is a Jamaican-born journalist, communications and ICT specialist with more than 20 years of experience. She is a specialist writer on development issues, primarily agriculture, women, health and the environment. Zadie’s experience includes TV production, scriptwriting; as a print and radio reporter, sub-editor, magazine editor and lecturer/trainer. Zadie also specialises in media and consumer product development and is one of the principals in AhYaad Communications, a full service company offering services in all areas of development communication. Zadie currently works as an ICT Specialist combining new and traditional media technologies in the delivery of communication and public awareness solutions. | Web 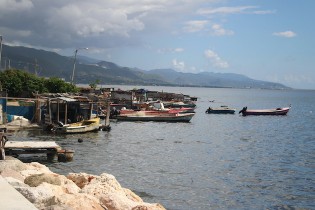 By Zadie Neufville
Even as COVID-19 walloped Jamaica’s economy last year, the government overhauled its energy emissions milestones to create what many described as a post-pandemic recovery package, based on stronger carbon targets for the farming and forestry sectors.

By Zadie Neufville
By the end of September 2018, the Caribbean Community Climate Change Centre (CCCCC) would have installed the last of five new data buoys in the Eastern Caribbean, extending the regional Coral Reef Early Warning System (CREWS) network as it continues to build resilience to climate change in the Caribbean.

By Zadie Neufville
Negotiators from the 15-member Caribbean Community (CARICOM) are intent on striking a deal to keep the global temperature rise at 1.5 degrees of pre-industrial levels, but many fear that a 10-year-old agreement to buy cheap petroleum from Venezuela puts their discussions in jeopardy.
Next Page »
ADVERTISEMENT ADVERTISEMENT