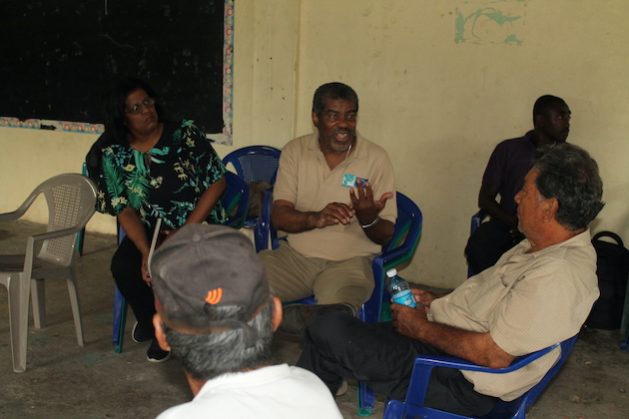 Kingston, Apr 19 2022 (IPS) - In September 2020, at the height of the COVID-19 pandemic, the UK-based Commonwealth Secretariat announced that it had dispatched highly skilled climate finance advisors to four member nations to help them navigate the often-complicated process of accessing climate funds. Belize, the Caribbean Community’s (CARICOM) only Central American member, was one of the recipients.

Since then, with the support of the Commonwealth Climate Finance Access Hub (CCFAH), Belize has completed a climate finance landscape study, devised a five-year strategy to access international funds, and established a dedicated Climate Finance Unit in the Ministry of Finance, Economic Development and Investment. The unit works collaboratively with the National Climate Change Office (NCCO), which sits under the Ministry of Sustainable Development, Climate Change and Disaster Risk Management.

With some 28 climate change-related projects in varying stages of development, Belize needed to find a way to speed up the project development process from concept to implementation if the country were to realise its commitments, said Leroy Martinez, an economist in the Climate Finance Unit. The often-cumbersome application process for the Green Climate Fund (GCF), among other schemes, can mean projects linger for years before implementation.

In January 2022, the government announced the launch of the new Climate Finance Unit. Director Carlos Pol explained that the aim was to “maximise access to climate finance, provide the technical and other support to access and fast track projects,” while helping the private sector identify funding to carry out much-needed programmes. He noted that Belize is also being supported to build human and institutional capacity.

Climate change impacts from wind, flood and drought have been extensive, Pol said. The damage has led to annual losses of about 7 percent of the country’s GDP, or US$123 million, which, when added to the economic fallout from the COVID-19 pandemic, elevated Belize’s debt-to-GDP rating to an unsustainable 130 percent.

Pallawala told IPS that his role includes helping to build and strengthen capacity in climate financing of Belize. He would also “strengthen their capacity to plan, access, deliver, monitor and report on climate finance in line with national priorities, and access to knowledge sharing through the commonwealth’s pool of experts”.

Pol told IPS that, as the Commonwealth’s assigned climate finance adviser, Pallawala assisted in developing a National Climate Finance Strategy to, among other things, identify likely projects and possible funding sources. Pallawala also worked with the National Climate Change Office to carry out a climate landscape study, which Pol said: “Identified the country’s needs, the funding available and that which was needed to achieve the recommendations coming out of the NDC [Nationally Determined Contribution or national climate plan]”.

The Commonwealth Climate Finance Hub work in Belize also aims to support the GCF accreditation process of local institutions, streamline climate finance and seek new opportunities to ensure that climate change adaptation and mitigation strategies are at the centre of the government’s development policies and plans.

The CCFAH will allow the country to streamline its NDC ambitions and help improve its ability to source additional funding from external sources. It will help to develop strong private/public partnership projects, benefit from the expertise within the Commonwealth’s pool of international advisers and fast track project proposals, among other things. In addition, a debt-for-climate swap initiative announced earlier this year will allow Belize to reduce its public debt by directing its debt service payments to fund some climate change projects.

In the current scenario, Pol explained Belize could use available funds to support the “early entry of projects” to minimise delays in implementation. The country has experienced challenges in this regard in the past, for example, with the start-up of the Caribbean Community Climate Change Centre (5Cs) Arundo donax biomass project.

In 2016, the 5Cs began an ambitious project to reduce Belize’s fuel bill by using local wild grass as a substitute for the bagasse, a by-product of sugar production used to fuel the furnaces. A local wild cane with the scientific name of Arundo donax was identified as a potentially suitable renewable crop for augmenting the supply of bagasse year-round. But despite a partnership with the national electricity provider BelcoGen, the project experienced delays.

As project manager Earl Green told IPS, the absence of funds to do some requisite studies slowed implementation. In 2018, the GCF provided US$694,000 for a project preparation facility. Even with good results from the pilot phases, the GCF did not fund the studies to determine the growth rates of the wild cane.

With Pallawala on board, delays like those experienced with the Arundo donax project could be a thing of the past. Additional funding is now in place to establish cultivation plots with two species of wild cane have been planted.

Pallawala said his role is to support the CFU in building stronger projects and enhancing existing ones, “not to overlap what others are doing, but to look at all the available sources of funds and help the country develop projects that will capitalise on all the opportunities”.

This year Belize also announced a debt-for-nature-swap that effectively frees up funds that would otherwise be used to service debt to pay for its implementation of climate change projects.

To date, through its advisers, the Commonwealth Secretariat has helped member countries access more than US46 million to fund 36 climate projects through the Climate Finance Access Hub. An additional US762 million worth of projects are in the pipeline.