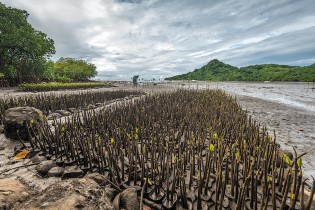 By IPS Correspondents
Zimbabwe, already in a dire economic, political and social situation, faces another bitter year ahead. The ruling ZANU-PF has declared war against the opposition, the West and the Commonwealth.

By Sanjay Suri
Heads of government have accepted an increase in funding for civil society initiatives through an increase in the budget for the Commonwealth Foundation.

By Toye Olori
The bi-annual Commonwealth Heads of Government meeting got underway in the Nigerian capital, Abuja, Friday with traditional dances and a parade of flags from the group's 54 member states.

COMMONWEALTH: Over to CHOGM. Anyone Listening?

By IPS Correspondents
As the Commonwealth People's Forum heads toward the finish line, attention has shifted to the organisation's Heads of Government meeting which begins in Nigeria today.

COMMONWEALTH: Put Your Heart Into Business

By Sanjay Suri
The Commonwealth will set up a new global index to measure socially responsible investment at a business forum in the Nigerian capital, Abuja, later this week.

By Sanjay Suri
The Commonwealth Heads of Government meeting beginning in the Nigerian capital this week is committed to promoting development and democracy - both in heavy deficit among member countries. A report issued ahead of the meeting says that open government will be a key element in this process.

By IPS Correspondents
Civil society representatives have sent an urgent request to government leaders to hold talks with them Thursday, ahead of the official opening of the Commonwealth Heads of Government Meeting in the Nigerian capital, Abuja.

By IPS Correspondents
Even as they enforce a ceasefire along the Kashmir border and make other peace overtures to each other, India and Pakistan continue to fight each other in multilateral forums.

COMMONWEALTH: How to Beat that Democracy Deficit

By Sanjay Suri
The Commonwealth heads of government meeting, beginning in the Nigerian capital next week, is committed to promotion of development and democracy - both in heavy deficit among member countries. The answer is open government, says a new report ahead of the meeting.
Next Page »
ADVERTISEMENT ADVERTISEMENT