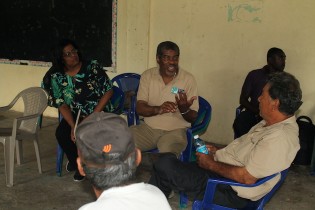 Commonwealth Secretary-General Patricia Scotland has called for all countries to deliver an ambitious and transformative outcome at the imminent UN Climate Change Conference COP26, while appealing for increased support for the smallest and most vulnerable nations.

After an unprecedented pan-Commonwealth search for innovative satellite-driven solutions to tackle the challenges of the climate emergency and ocean sustainability, the Satellite Applications Catapult and the Commonwealth Secretariat are delighted to announce the inaugural finalists of the Hack the Planet competition 2021.

More than 2,000 young leaders and youth-led organisations from across the Commonwealth are urging governments to respect the needs and contributions of the world’s most vulnerable groups, in the lead up to global climate talks in Glasgow in November.

The Commonwealth for COP26

The world is ‘off track’ to meet Paris Agreement signed in December 2015 to combat climate change and accelerate action and investments for a sustainable low carbon future. More than half of the Commonwealths membership of 54 nations are classified as ‘small states’, including 25 small island developing nations. Although these states account for the tiniest proportion of carbon emissions, the impact of the global climate crisis threatens their daily existence.

The Commonwealth Secretariat has ahead and beyond the UN Climate Change Conference COP26 in November made firm commitments to support their nations. This includes articulating the concerns of their most vulnerable states and using best scientific practices to ensure these countries are climate-resilient.

The Commonwealth Secretariat aims are clear:
• To advocate and amplify the issues, concerns and recommendations of member countries, tiny and other vulnerable states;
• To exchange knowledge and best practices around robust climate action;
• To forge and strengthen partnerships and networks for collaboration;
• To mobilise resources to support Commonwealth climate change programmes.

Advocacy priorities for the Commonwealth Secretariat include:
• enhanced access to climate finance;
• ocean climate action;
• gender equality and youth engagement in the implementation of Nationally Determined Contributions (NDCs); and
• achieving an inclusive and sustainable energy transition towards carbon neutrality by mid-century.

“Without a doubt, we are living through a global climate crisis which is unfolding with disturbing speed and intensity across the Commonwealth, and the world …Urgent, decisive and sustained climate action is needed, and the international community must not miss the window to make a real difference at the upcoming COP26 summit. This includes mobilising the financial support needed for vulnerable nations to cope with the impacts of climate change and build long-lasting resilience.”

The IPS mini-site brings together the reportage from several Commonwealth countries, telling the stories of the communities, scientists, and leaders trying to make a difference.