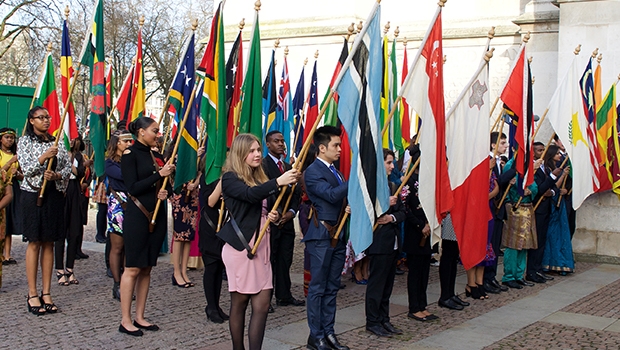 Sep 29 2021 - More than 2,000 young leaders and youth-led organisations from across the Commonwealth are urging governments to respect the needs and contributions of the world’s most vulnerable groups, in the lead up to global climate talks in Glasgow in November.

The Commonwealth Youth Statement on Climate Change, released today, appeals to governments to include youth, women, the elderly and people with disabilities in decision-making on climate change-related policies.

Noting that 1.5 billion people in the Commonwealth are under the age of 30, young people call on leaders to ensure additional, predictable finance for youth-led climate action, as well as adequate social protections for vulnerable groups to cope with the climate crisis.

“We demand an end to climate inaction. Our generation will have to deal with more frequent and severe climate impacts than ever, making us one of the groups most vulnerable to its impacts,” said the statement.

Seven key recommendations are put forward to feed into global discussions at the Youth4Climate Summit this week in Milan from 28 to 30 September.

Commonwealth Secretary-General Patricia Scotland welcomed the proposals, saying: “Young people are the true heroes in the fight against climate change. They have demonstrated a tremendous capacity to grasp the reality of the climate crisis and mobilise crucial support for climate action across groups, sectors and nations.

“Without the contributions and innovations of young people from all Commonwealth regions, the world would not have achieved the progress it has today on climate action. We need them at the table so that their voices can be heard as discussions continue on the development of effective climate policies and strategies.”

Pan-Commonwealth coordinator of the Commonwealth Youth Climate Change Network (CYCN), Leneka Rhoden said: “Never in history have young people been empowered with the social and technological tools to effect change, as we are today. We are equipped with the platform to launch projects that can help to secure our environment, our people, and our future.

“The CYCN is proud to support the efforts of Youth4Climate as we prepare for COP26 by uniting youth to tackle climate change. Collectively, our voices and actions are amplified to achieve the equitable, sustainable and resilient future we seek.”

Highlighting the economic opportunities the ‘blue economy’ and renewable energy sector can offer local communities and youth, the statement calls for further commitments to ocean protection and an inclusive and equitable transition to clean energy.