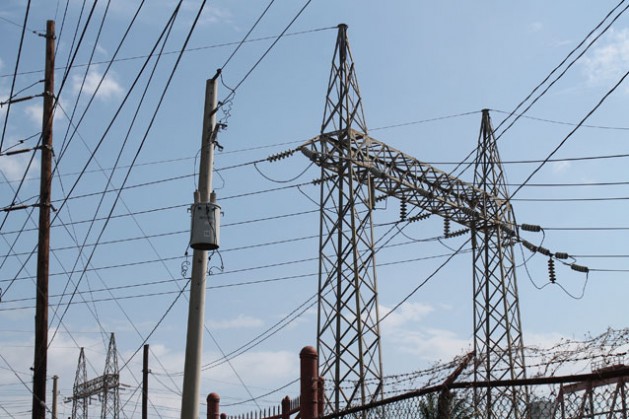 KINGSTON, Jan 18 2016 (IPS) - By year’s end, Jamaica will add 115 mega watts (MW) of renewable capacity to the power grid, in its quest to reduce energy costs and diversify the energy mix in electricity generation to 30 per cent by 2030.

With 90 per cent of its electricity coming from fossil fuels, the government is committed to reducing the country’s carbon emissions by increasing the amount of electricity generated from renewables from 9 per cent now, to 15 per cent by 2020.

Junior Minister Julian Robinson told IPS via email, a National Energy Policy is guiding actions to cut costs and comply with the international agreements to reduce carbon emissions; among them are plans to reduce the amount of electricity generated from petroleum from 95 to 30 per cent.

Reliance on fossil fuels is also costing the country in terms of high local pollution, healthcare costs and its contribution to global climate change. According to Jamaica’s 2nd National Report to the United Nations Framework on Climate Change (UNFCCC,) in 2000, the energy sector accounted for 86 per cent of the 9,532 Giga-grams (Gg) of carbon dioxide emissions, up 1,114 Gg over 1994.

And according to business leaders, the high energy cost is a major barrier to the country’s economic development and is a leading cause of business failure in the country. At 0.40 cents per kilowatt-hour, Jamaicans pay one of the highest rates for electricity in the region.

In 2011, 1.48 billion dollars or 15 per cent of the country’s Gross Domestic Product (GDP) was spent on petroleum imports. Even with oil prices currently hovering at an all-time low of below 34 dollars per barrel, a falling Jamaican dollar, the possibility of higher petroleum prices and as much as 22.3 per cent generation and distribution losses (at 2011 estimates) mean the country is unlikely to divert from the course set by the energy policy.

Estimates are that 10 medium-sized wind farms producing 60MW each, could supply the energy needs of more than half of the island. So in 2015, several companies were invited to bid for a chance to help the country reduce its dependence on fossil fuels.

More than 200 million dollars were invested to bring a mix of wind and solar projects online. The Office of Utilities Regulation (OUR), the agency responsible for overseeing the operations of utility companies, approved 80MW of additional capacity by way of Blue Mountains Renewables’ (BMR) 36.3 MW wind farm and a 24.4 MW addition to the state-owned Wigton wind farm.

To complete the 115 MW of renewable energy commissioned in 2015, Content Solar Limited (CSL) -a Jamaican subsidiary of the Florida based WRB Enterprises – was approved and began construction of a 20 megawatt solar photovoltaic facility, which president Robert Blenker noted will supply enough electricity to power 20,000 homes.

Another 37 MW was tendered at the end of the year, said Robinson who sits in the Ministry of Science and Technology, Energy and Mining.

According to Blenker, “Content Solar will be the largest project of its kind in the Caribbean, delivering clean and reliable renewable energy at a stable price to Jamaica and will displace more than 3 million gallons of fossil fuel currently burned each year.”

Content’s plan falls in line with commitments to make electricity cheaper and more efficient under the new electricity act, Robinson said. The act “provides the framework to maximise efficiencies by the provision of a dispatcher (JPS) that will dispatch the cheapest source of electricity to the end user, ” he added.

In addition, the minister noted the government has introduced net billing so that householders who produce excess energy could sell back to the grid. He also pointed out that a “30 per cent reduction in the cost of solar panels” and an improvement in technology that makes wind and solar technologies more efficient will ensure that investments in renewables continue even as the price of oil falls.

WorldWatch Institute’s Sustainable Energy Roadmap for Jamaica 2013 stated that increasing the number of households using solar water heaters, could save an additional 75 to 100 GWh of electricity per year. It concluded that there was a need to create a “smooth transition” to a sustainable and economically viable energy system.

Experts say that by making the switch to an electricity system based mainly on renewables could save the country as much as 12.5 billion dollars by 2030, freeing up much needed cash for public and social spending in a country that according to 2012 estimates, spends around 54 per cent of its earnings on debt servicing.

If Jamaica transitioned to an electricity system powered almost exclusively by renewables, Jamaica could reduce the average cost of electricity by 67 per cent when compared to 2010 by 2030 the Worldwatch report said.

The transition, could create up to 4,000 new jobs and reduce greenhouse gas emissions in the electricity sector to the equivalent of 0.7 million tons of CO2-annually. Accelerating the process would require high levels of up-front investments but so far, Jamaica has been lucky, since the bulk of the investments have come from investor, private sector and donor funding.

Alexander Ochs, Worldwatch’s Director of Climate and Energy confirmed the report’s findings, noting that Jamaica’s “entire electricity demand could be met with renewable resources” from solar and wind energy.

The public sector has already begun its own programme of retrofitting and energy reduction strategies that is said to be saving millions of dollar in expenditure at government agencies and institutions.

Worldwatch noted that investments of roughly 6 billion dollars could increase the contribution of renewables to Jamaica’s electricity production to 93 per cent by 2030, while significantly slashing energy costs.

So armed with feasibility studies that points to the possibility for hydropower development along six rivers, Robinson is setting his sights on the road ahead, and another 26MW of power in the very near future.