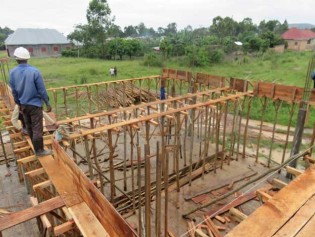 Our lives depend on the world’s agri-food system. Every time we eat, we participate in the system. A sustainable agri-food system is one in which sufficient, nutritious and safe foods are available to everyone.

Anne-Birgitte Albrectsen is the CEO of The LEGO Foundation. Ms. Albrectsen has spent almost 30 years in fields of international development, human rights and diplomacy, most recently holding the position of Global CEO at Plan International since September 2015.

On this World Teachers’ Day, Education Cannot Wait (ECW), the United Nations global fund for education in emergencies and protracted crises, announced it has reached more than 4.6 million children and adolescents (48% of whom are girls) with quality education in more than 30 of the worst humanitarian crises around the world.

By Philippe Benoit
President Xi announced last month that China is stopping its financing for new coal-fired power plants overseas. With this announcement from Beijing, the governments of the world’s largest economies have now achieved a consensus to halt their overseas funding of coal plants in developing countries, thereby advancing global efforts to reduce future carbon dioxide (CO2) emissions.

By Alison Kentish
The COVID-19 pandemic has changed the face of education globally, but for children in emergencies and protracted crises, its blow has been particularly devastating.

By Raghav Gaiha and Shantanu Mathur
There is broad consensus that realizing the Sustainable Development Goals (SDGs) and the Paris Agreement on climate change require a transformative agenda for agriculture and food systems. In this context, the importance of mobilizing more investments and aligning them to sustainable development and inclusive rural transformation objectives, is widely acknowledged.

By Hugh Welsh
In the days following the UN Food Systems Summit I have read a number or articles questioning whether there is a role for the private sector in transforming global food systems into something healthier, more sustainable and more equitable. Frankly, I don’t see how food systems transformation is possible without meaningful participation of the private sector.

Donors Come Together with US$138.1 Million in New Funding for Education Cannot Wait During Un General Assembly to Leave No Child Behind

– On the sidelines of this year’s United Nations General Assembly, public, private and philanthropic donors announced a total of US$138.1 million in new contributions to Education Cannot Wait (ECW).

By Agnes Kalibata
With the world still counting the social and economic costs of the Covid-19 pandemic, amid a fresh “code red” on the climate crisis, food may not seem like the most pressing threat to humanity.
Next Page »
ADVERTISEMENT ADVERTISEMENT