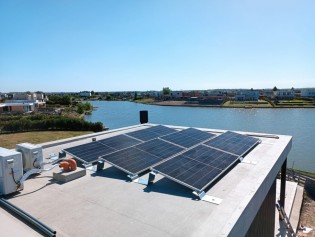 By Emilio Godoy
The growing number of wind and solar power projects in the southern Mexican state of Yucatán are part of a positive change in Mexico’s energy mix. But affected communities do not see it in the same way, due to the fact that they are not informed or consulted, and because of how the phenomenon changes their lives.

By Kitty Stapp
Despite being a relatively small source of greenhouse gas emissions, the Caribbean region has been taking steps to introduce renewable energy sources like wind, solar and geothermal, which also reduce its dependence on expensive oil imports.

By Wambi Michael
Africa is experiencing a revolution towards cleaner energy through renewable energy but the story has hardly been told to the world, says Achim Steiner, Executive Director of the United Nations Environment Programme (UNEP).
Next Page »
ADVERTISEMENT ADVERTISEMENT