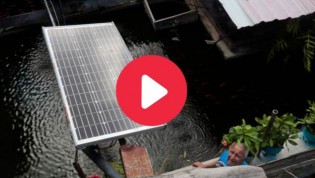 By Luis Brizuela
With the construction of aqueducts, water purification and desalination plants, and investments to upgrade hydraulic infrastructure, Cuba is seeking to manage the impacts of droughts and floods that are intensifying with climate change.
ADVERTISEMENT ADVERTISEMENT