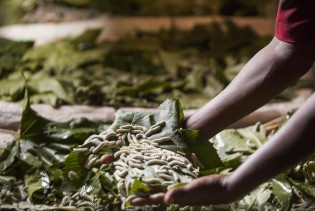 By Munyaradzi Makoni
When Africa’s oldest protected marine area, Tsitsikamma -- the largest in the world, incorporating 80 km of rocky coastline, bustling with marine life, much of it endangered -- was opened as a pilot for public fishing on December 15, 2015, there was a big outcry.

By Munyaradzi Makoni
Every Tuesday, there is something unusually exciting at no 7 Cwango Crescent, The Business Place, in Philippi, near Cape Town.  Here, ​ dozens of chemically free green vegetable crate loads are visible. So are the unlabelled rows of empty packets. It’s the packing day.

By Munyaradzi Makoni
Anti-nuclear energy activists are up in arms, and have taken to vigils outside South Africa’s parliament in Cape Town to protest against President Jacob Zuma’s push for nuclear development.
ADVERTISEMENT ADVERTISEMENT