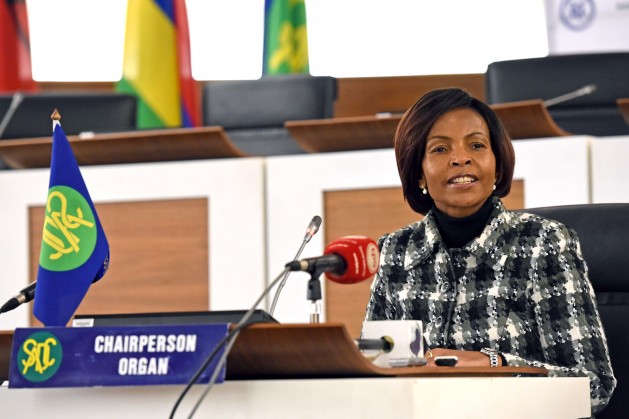 PRETORIA, Aug 3 2015 (IPS) - The Freedom Charter, which turned 60 this year, envisaged that a free and democratic South Africa would be guided in its relations with the rest of the African continent and the world by a desire to seek “peace and friendship”.

Twenty-one years after the attainment of our freedom and democracy, peace and friendship are still core objectives of our foreign policy.

The African continent remains central to our foreign policy, and this approach forms the basis for our friendship, cooperation and peace efforts all over the world. We stand for cooperation and partnership – rather than competition – in our relations with Africa and the world.

The African Union Summit, held in South Africa in June 2015,  set out measures for the rollout of Agenda 2063 as a continental vision for the “Africa We Want”, an Africa that is united, peaceful, prosperous, and which takes up its rightful place in world affairs.

“It is vital that the continent identifies and addresses the root causes of conflicts, with the ultimate aim of achieving sustainable peace and development. Among these, democracy must be deepened to give our people a voice they deserve”

The Summit adopted a 10-year implementation plan for Agenda 2063, a sign that African leaders are committed to giving practical expression and commit their energies, talents and resources towards the realisation of the goals that are contained in Agenda 2063, working in partnership with various stakeholders, including business and other non-governmental sectors.

The realisation of “The Africa We Want” requires peace, be it in the SADC, Great Lakes, the Horn of Africa or in North Africa.

Our continent, especially in East, West and North Africa, is also battling against a spate of dreadful and cowardly acts of terrorism, which we condemn and must be defeated.

We must silence the guns. To this end, the African Capacity for Immediate Response to Crises (ACIRC), the precursor to the African Standby Force (ASF), has to be operationalised as one of our tools for African solutions to African problems. This is a Force that should evolve into a critical element that helps us stabilise and keep the peace on the continent.

South Africa, in conjunction with ACIRC, will be hosting the AMANI Africa II Field Training Exercise this year to operationalise the African Standby Force. We are pleased to be part of strengthening our continent’s military response mechanisms. This further illustrates the continent’s commitment towards self-reliance and interventions led by African nations.

Under South Africa’s leadership of the AU Peace and Security Council (PSC) for the month of July 2015, we sought to put critical issues that are at the core of the continent’s efforts to ensure peace and stability at the forefront of the PSC’s agenda, including strengthening the African Peace and Security Architecture (APSA), which comprise the PSC itself, early warning capacity, peace-making and post-conflict reconstruction and development.

We also brought into the spotlight the issue of peace, justice and reconciliation, which remains a very crucial matter for our continent in promoting nation-building and reconciliation in order to enable societies, especially in post-conflict settings, to heal, reconstruct and develop.

It is vital that the continent identifies and addresses the root causes of conflicts, with the ultimate aim of achieving sustainable peace and development. Among these, democracy must be deepened to give our people a voice they deserve. Our constitutions have to reign supreme to ensure accountability and political certainty.

Some of the fundamentals towards African unity are already in place. Our continental organisations are in existence and functional. What we need, however, is more effectiveness in programme delivery and in finding innovative sources of self-financing for budgetary self-reliance.

A united, peaceful and prosperous Africa is possible and within reach. And the prevailing environment is conducive for the realisation of the objectives of Agenda 2063.