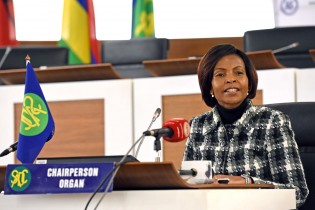 By Mantoe Phakathi
The overcast sky is a sign that it might rain, and Happy Shongwe, a smallholder farmer from rural Maphungwane in eastern Swaziland, is not exactly happy.
ADVERTISEMENT ADVERTISEMENT