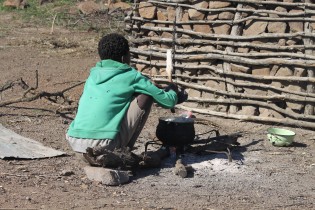 By Mantoe Phakathi
The Barilla Centre for Food and Nutrition (BCFN) has appealed to the United Nations to educate citizens to use their roles as consumers to create a momentum for change. This was ahead of the 2021 Food Systems Summit which the United Nations Secretary-General, António Guterres, will host on November 25 next year.

By Mantoe Phakathi
Governments across the world must ban all state-implemented harmful practices against the Lesbian, Gay, Bisexual, Transgender, Queer and Intersex (LGBTQI) community delegates at the ICPD25 tells IPS.
Next Page »
ADVERTISEMENT ADVERTISEMENT