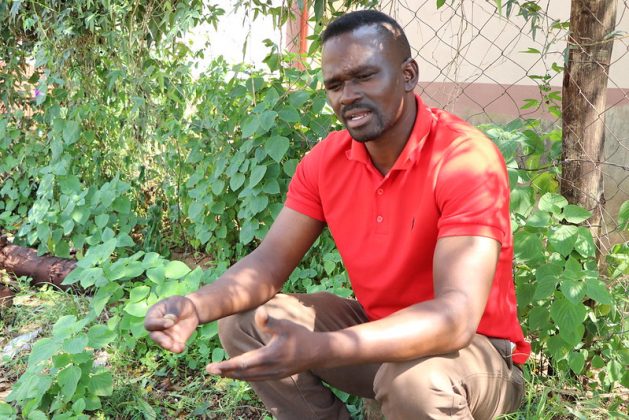 Doctor Khalishwayo, a traditional healer in the Shiselweni Region, in southern Eswatini, distributes HIV Self-Test Kits to his clients to get more people to know their status. Credit: Mantoe Phakathi/IPS

MBABANE, Mar 26 2020 (IPS) - Doctor Khalishwayo is a traditional healer based in Nhlangano, a town in the Shiselweni Region, in southern Eswatini. His clients are people who consult him when they are suffering from different ailments. And he in turn diagnoses them using divine methods.

“But as a traditional healer, there are certain things that I can’t see,” Khalishwayo told IPS, adding, “I can’t tell whether a client is infected with HIV or TB.”

He is one of the eight traditional healers in the region who are distributing HIV Self-Test Kits to their clients to get more people to know their status.

This is an initiative by the NGO, Médecins Sans Frontières (MSF), in collaboration with the Ministry of Health. Traditional healers were trained on the role they can play in curbing the spread of HIV and TB by encouraging their clients to get an HIV test.

Before the training,Khalishwayo did not encourage his clients to test for HIV because, he said, he felt that it was not his place.

Singaphi Mngomezulu, another traditional healer, said they learnt from the training that some people with AIDS-related illnesses and TB may present with symptoms of people who have been “bewitched”.

“Some people come to us with mental illnesses in such that makes one believe that they’re possessed with demons,” said Mngomezulu. “I learnt that AIDS and TB symptoms can affect the brain.”

In the past, he said, he did not have the knowledge and could not advise clients to also seek medical attention.

The involvement of traditional healers is one of the country’s efforts to accelerate the response against HIV/AIDS.

A few years ago, HIV incidence decreased by almost half – at 44 percent – among the age group of 18 to 49 years. These are results of the 2016/17 2nd Swaziland HIV Incidence Measurement Survey (SHIMS2).

Despite this progress, SHIMS2 found that HIV testing is generally low among men compared to women. Moreover, younger women are having sex with older men who infect them and, in turn, they pass on the virus to their peers.

“It is for that reason that we had to target the men because unfortunately don’t like to go to health facilities,” said Muhle Dlamini, the programme manager at Eswatini HIV Programme (SNAP).

Dlamini also said the government had introduced the kits to target hard-to-reach populations including those who are far from testing centres. 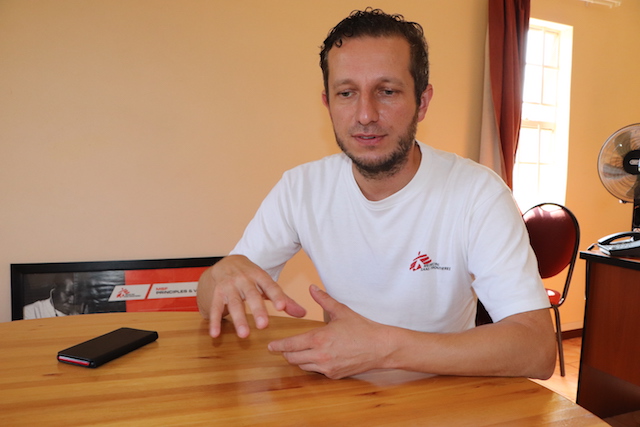 MSF saw this as a good strategy to also raise awareness among traditional healers, said the head of mission to Eswatini, Dr. Bernhard Kerschberger. The kits though are not exclusively for men, and women were also given them if they want to be tested.

“As MSF we asked the Ministry of Health if we could include traditional healers in distributing the kits to clients who might benefit and they agreed,” said Kerschberger.

Each kit has easy-to-follow instructions and, if a person tests positive, a client is encouraged to visit a health facility for confirmation after which treatment can be initiated.

“There is no official link between the traditional healer and health facility but the kit is used to help in identifying clients who might need to go to the facility for HIV/TB services,” he said.

He said this is a research project that would establish if using traditional healers to reach people who are not accessible through the routine healthcare system is a viable option.

Within a period of six months, he said, a total of 80 kits were distributed and, of these, 14 percent were screened to be HIV-positive cases.

“The most important thing was that traditional healers appreciated that HIV cannot be cured by them and that they have to refer their clients to health facilities,” said Kerschberger.

He said one of the groups that the government utilised to distribute the kits were rural health motivators but men were not receptive because of the stigma associated with HIV/AIDS in the communities.

This research could lead to a better working relationship between the Ministry of Health and traditional healers in the response against HIV/AIDS.