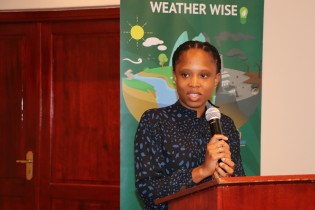 By Mantoe Phakathi
When 14-year-old Nomcebo Mkhaliphi first noticed the blood discharged from her vagina, she was shocked. Confused, she turned to her older sisters for advice. “My sisters told me that they were experiencing the same every month and that they used fabric, toilet paper and newspapers as sanitary wear,” recalls the now 45-year-old Mkhaliphi. She had to follow suit and use these materials because she had no money to buy sanitary pads.
ADVERTISEMENT ADVERTISEMENT