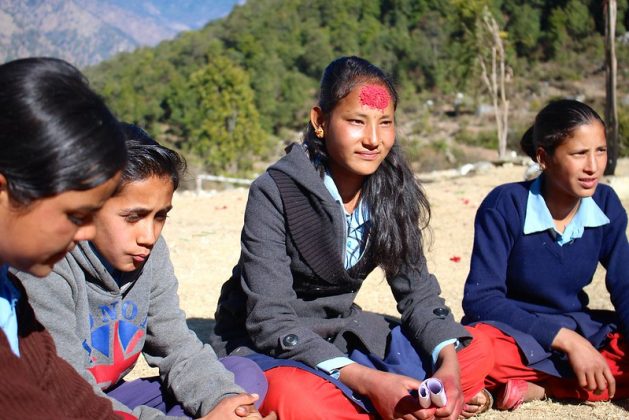 Before the COVID-19 pandemic in 2018, 400 million primary school-age children were already facing poor access to quality education leading to a lack of basic reading skills. Young people have added their voice in calling on world leaders to allocate at least 20 percent of the COVID-19 stimulus package to the marginalised children and youth. Credit: Naresh Newar/IPS

MBABANE, Sep 10 2020 (IPS) - Young people have added their voice in calling on world leaders to allocate at least 20 percent of the COVID-19 stimulus package to the marginalised children and youth.

Addressing delegates at the on the final day of the third Fair Share for Children Summit chairperson of the Commonwealth Students’ Association, Dr. Maisha Reza said if 20 percent of the $5 trillion announced by G20 countries in March were allocated to children, it would fully fund the United Nation COVID-19 appeals and save over 70 million lives.

“How humanity responds collectively to the crisis today will determine the future that we build for our children and the future of our people and planet,” said Reza.

The summit, facilitated by the Laureates for Leaders and Kailash Satyarthi Children’s Foundation – both of which were founded by 2014 Nobel laureate Kailash Satyarthi – brought together several laureates, including the Dalai Lama, Tawakkol Karman, Professor Jody Williams, international leaders and heads of United Nations agencies.

Reza challenged world leaders to take responsibility for their actions. They should not blame the pandemic for the global challenges of unemployment, hunger, crime and violence, among others. Instead, she said, COVID-19 amplified the already existing gaps and cracks that were already unresolved and overlooked.

Quoting from recently released A Fair Share for Children Report, Reza said before the pandemic in 2018, 400 million primary school-age children were already facing poor access to quality education leading to a lack of basic reading skills. Moreover, 258 children out-of-school in 2018.

The report further states that as a direct consequence of national lockdowns, school closures were implemented in more than 190 countries.

To date, more than 160 countries have continued to lock children out of school. At the peak of the pandemic 1.6 billion – about 91.3 percent of all enrolled students – were out of school or university, with the vast majority being under 18.

“It is not just COVID-19 that is exacerbated global inequality, but the world’s unjust response to COVID-19 will deepen inequality for a generation,” she said. 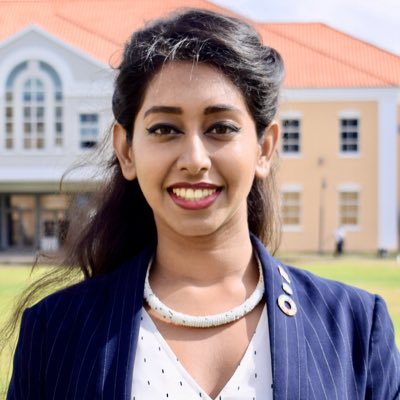 Dr. Maisha Reza said if 20 percent of the $5 trillion announced by G20 countries in March were allocated to children, it would fully fund the United Nations COVID-19 appeals and save over 70 million lives.

Reza criticised leaders for focusing more on multinational companies while leaving the marginalised and vulnerable to fend for themselves, adding that millions of children will pay the price with their lives unless action is taken.

She said the youth and students have to choose between fulfilling their economic potential and between contributing to their families’ sustenance.

“This is an extremely unfair choice that they have to make for the poor decisions of world leaders,” she said.

She further invited the youth to make use of alliances through student organisations, NGOs and international platforms such as the summit while using social media to hold their leaders accountable.

While urging governments to invest in education and children, Ulrich Knudsen, Deputy Secretary-General, Organisation for Economic Co-operation and Development (OECD), warned that it would be a mistake not to give companies life support during the pandemic.

“It’s in the interest of everyone in society that we also give life support to companies,” he said in response to a question that governments seem to be prioritising corporates over marginalised citizens.

“If we don’t do that, the economy will break, and we’ll have even more inequality that hurts the vulnerable, be they youth, children women.”

He said after this crisis, there would be competing pressures on government budgets. Because they are spending so much now and that the funds have to be paid back governments will be faced with competing priorities such as the elderly, climate change and paying back loans.

“But there are unquestionable benefits of keeping schools open,” he said.

While applauding the youth in taking the lead to ensure that their voices are heard, Knudsen urged governments to create a conducive political environment for these issues.

“At OECD, we have youth- and child-sensitive policymaking. We need governments’ approach to issues that affect children and youth differently than others. We cannot expect that policies made for adults will not have adverse side effects for children and youth,” he said.

The digital divide and economic inequalities came under sharp focus during the discussion. Knudsen said the significant disparities when it comes to access to technology had resulted in the vulnerable being left behind when doing e-learning or remote learning.

“If you don’t have access to a computer, you’re completely lost during a crisis like this one. There’s the economic inequality, and then there’s the digital divide, we need to address both,” he said.

Adding his voice about the digital divide was Edvardas Vabuolas from the Organising Bureau of European School Student Unions (OBESSU). He said it is a well-established fact that many children are not accessing education during the pandemic because of lack of access to the internet and gadgets such as computers.

Dr Rigoberta Menchú Tum, 1992 Nobel Peace Laureate agreed, adding that it was time to talk about technology because, during the pandemic, fewer children had access to education. She further called for an education system that is multi- and bilingual.

“Budgets have to be devoted to education,” she said, through an interpreter.

She noted that some countries used the curfews as an excuse to become dictatorial states.

Tum further called people in public office to use the lens of diversity during the post-COVID era so not to leave anyone behind in the future.