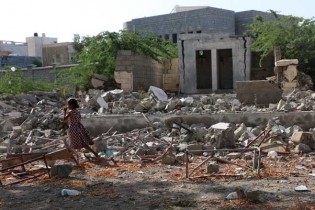 By Samira Sadeque
Counter-terrorism efforts adopted by governments around the world in response to threats of terrorism are affecting children negatively in numerous ways, a report by Watchlist on Children and Armed Conflict (Watchlist) claimed last week.

By Oscar Arias Sanchez
Twenty-eight years ago this month, an indigenous woman stood in the plaza in Guatemala City, watching as the presidents of Central America walked out into the street after signing the Peace Accords that would end the civil wars in our region. When I reached her, she took both my hands in hers and said, “Thank you, Mr. President, for my child who is in the mountains fighting, and for the child I carry in my womb.”
Next Page »

Children’s issues on the African continent remain on the margins of the news agenda. By raising the profile of children, the Children on the Frontline project seeks to help shape policies and inform Africa’s leadership on specific issues facing children across the region.

This page includes independent news coverage, which is part of a project funded in partnership by UNICEF. The contents of this news coverage are the sole responsibility of IPS and should not be taken to reflect the views of UNICEF.