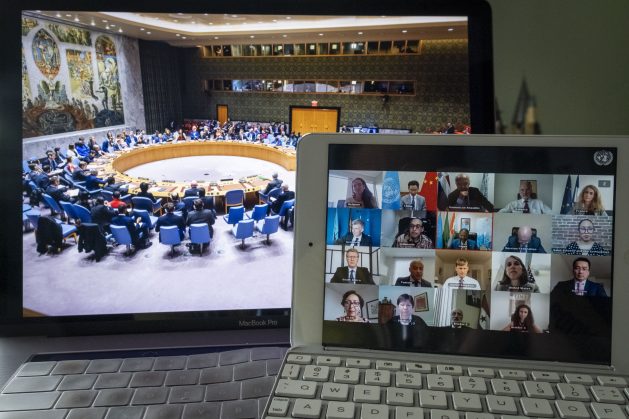 UNITED NATIONS, Sep 16 2020 (IPS) - Children in Syria are facing the brutal brunt of the ongoing civil war in the country, now rendered further paralysed owing to the COVID-19 pandemic and United States sanctions.

At the Sept. 15 launch of the report investigating human rights violations in Syria by the Commission of Inquiry on Syria, experts warned that in addition to the already ongoing conflict, “newer forms of violence” was on the rise.

“While well documented violence such as arbitrary detention, disappearances, torture, and deaths in custody continue to be utilised by these actors, newer forms of violence including targeted killings, looting, appropriation of property are increasing in numbers and carry sectarian undertones,” Paulo Pinheiro, chair of the Independent Commission of Inquiry on the Syrian Arab Republic, said yesterday.

The report monitored human rights conditions in the war-torn country between Jan. 11 and Jul. 1, 2020. It paints a grave picture especially about the condition of children, in addition to other human rights crises in the country.

Children are both victims to being recruited by the Syrian National Army (SNA), as well as sexual abuse, which is used as a means to inflict torture on other men, the report found.

It documented at least two occasions when members of the SNA forced male detainees to witness the rape of a minor in an attempt to “humiliate, extract confessions and instil fear” within them.

“On the first day, the minor was threatened with being raped in front of the men, but the rape did not proceed,” read the report. “The following day, the same minor was gang-raped, as the male detainees were beaten and forced to watch in an act that amounts to torture.”

“Women and young girls are being targeted more and more, [with] reports of rape and detention have risen quite a bit,” Hanny Megally, a member of the commission.

The SNA is also recruiting children to deploy them in conflict outside of the country, the report found.

Meanwhile, children recruited by the Syrian Democratic Forces/Kurdish People’s Protection Units would end up in detention centres on accusations of espionage and/or for being affiliated with Islamic State of Iraq and the Levant. According to testimony from adult detainees, the children were held in the same cells as adults, and it’s not clear if they had been charged with anything.

Children are also suffering alongside the rest of the country from grave food insecurity, according to the report.

About 9.3 million are currently facing food insecurity in the country, exacerbated further by the pandemic as well as U.S. sanctions.

The United Nations Children’s Fund estimates about six million children have been born since the war began, whose only idea of life has been the conflict.

Beyond these grave effects on children, other civilians remain at continuous threat of arbitrary detention, with risks of dying while in detention.

Megally said that the overall nature of attacks on civilians has also experienced change: there are now more assassinations, more people being kidnapped for extortions and ransom, and more people being attacked to silence their criticism.

In a response to an inquiry by the media, Megally added that measures such as checkpoints, which are set up to restrict movements in order to contain the pandemic, were “often being used to detain and harass people who are trying to move for legitimate reasons.”

The report calls for leaders to immediately address issues of gender-based sexual violence, to have a “large-scale prisoner release”, and for all stakeholders — local and international — to “ensure and facilitate unfettered access for independent humanitarian, protection and human rights organisations in every part of the country, including to places of confinement or detention” in order to address the food insecurity concerns in the country.

Pinheiro further reiterated that in order to address this worsening crisis, it’s imperative that sectoral sanctions are waived to ensure that there’s movement of food and medical supplies, and that children and prisoners be released.