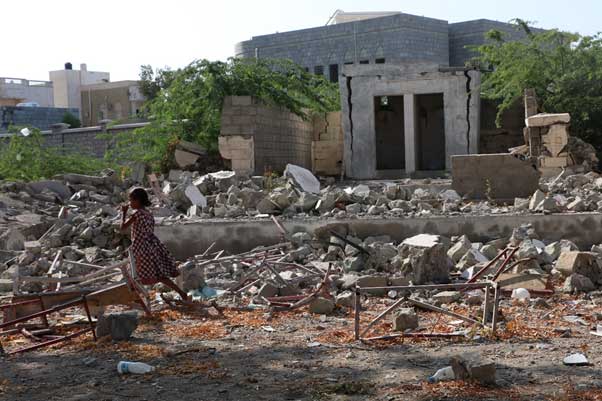 The al-Shaymeh Education Complex for Girls after it was struck by missiles fired by the Saudi Arabia-led coalition, Hodeidah, 9 November 2015. Credit: Amnesty International

WASHINGTON DC, Jun 22 2021 (IPS) - Frontline workers who document and respond to violations against children have faced a particularly challenging last year, from the impact of Covid-19 on operations and child protection to the record levels of displacement worldwide to the ever-worsening threats from militaries and non-state armed groups.

Beyond the public eye, there’s another challenge that devastates morale and undermines the protection of children in armed conflict: the politicization of a key UN process for holding accountable those responsible for grave violations.

In 2005, the UN Security Council established a Monitoring and Reporting Mechanism (MRM) to document grave violations against children in situations of armed conflict. It was a landmark achievement.

The documentation feeds into an annual report from the UN Secretary-General with an annexed list of perpetrators; it is meant to form the backbone of UN-led accountability efforts for militaries and armed groups alike, and to help prevent further violations against children.

The Security Council will discuss this year’s report on 28 June.

The report comes as conflict’s devastating impact on children – and the repercussions of inaction – has yet again been made apparent. At least 65 children were killed and a further 540 injured during the Israeli military’s bombardments in Gaza in May, according to UNICEF.

The Israeli military has never been among the report’s listed parties, despite years in which its incidents of killing and maiming were among the highest verified.

Meanwhile in Myanmar, the security forces have killed at least 58 children since the 1 February coup, according to the Assistance Association for Political Prisoners of Burma (AAPPB).

Last year, despite the MRM’s verification of more than 200 instances of the Myanmar military’s recruitment or use of children, the Secretary-General de-listed them for that violation, while continuing to list them for other violations, including killing and maiming.

This year saw the military re-listed for recruitment and use – the right result, as they never should have been removed in the first place, but more a reflection of the changed geopolitics post-coup than of a major surge in such abusive practices.

To be effective, the criteria for listing and de-listing perpetrators must be applied consistently. Instead, politics and power dynamics in the Security Council and Secretary-General’s office have at times replaced objectivity.

Earlier this year, a group of eminent experts published an independent review of listing decisions between 2010 and 2020. It found at least eight parties who were not listed despite verified responsibility for killing and maiming more than 100 children in a year.

Militaries are less likely to be listed than non-state armed groups even for similar numbers of verified violations, as the experts and civil society groups have noted, with discrepancies even in the same country situation. And de-listing decisions have flouted criteria established in 2010, which require a party to end such violations before removal from the list.

For example, in 2016, the Saudi Arabia-led coalition forces were initially listed for grave violations against children during the war in Yemen but were quickly removed by then-Secretary-General Ban Ki-moon. He publicly called out Saudi Arabia and others for effectively blackmailing the UN by threatening to pull funding from UN programmes.

The coalition forces were then listed for grave violations from 2017 to 2019, before UN Secretary-General António Guterres again de-listed them in 2020. They remain off the list this year, despite the MRM verifying their responsibility for 194 incidents of killing or maiming children. 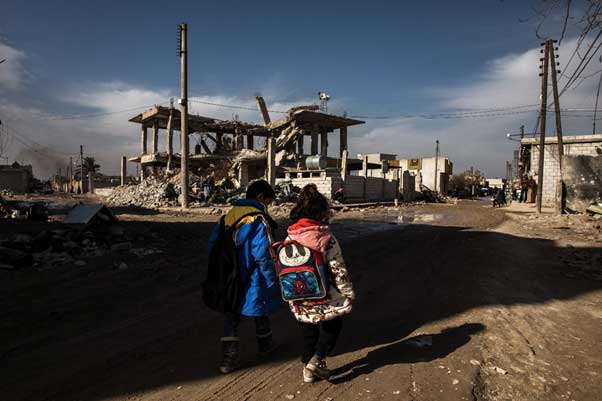 A former UNICEF staffer put it succinctly in an interview with Amnesty International: “No-one wants to be the [Secretary-General] who lost a massive amount of money.”

Amnesty International recently carried out interviews with over 110 experts, including frontline actors reporting into the MRM in eight different conflict-affected countries. Their experiences further reveal the politicization’s sobering impact, with implications for which incidents even make it into the Secretary-General’s report.

When individuals and organizations feel their reports are ignored or that militaries and armed groups remain unlisted despite ample documentation, it understandably reduces their continued willingness to report to the MRM. In Myanmar, for example, several people said they felt defeated when the military was de-listed last year and wondered what their difficult documentation efforts had been for.

In Iraq, a humanitarian worker, who resigned because of the politics around the process, said that survivors, witnesses, and those involved in the documentation would put themselves at risk to provide information, only to see a politicized outcome.

Such concerns, recurrent among those we interviewed, are particularly damning as they come from people working at great risk to respond to violations. The MRM has achieved much in 15 years – documenting conflicts’ impact on children and putting pressure on perpetrators – precisely because of these frontline workers’ efforts.

The growing pressure from influential leaders and states undermines their work and the credibility of accountability efforts meant to respond to and prevent grave violations against children.

Among the frontline workers we spoke with across eight conflict situations, roughly half were national staff and more than two-thirds were women. This raises further questions about the power dynamics behind ignoring the findings of their reports.

Secretary-General Guterres has just been given another five-year term; he must become bolder and more courageous in prioritizing human rights and calling out perpetrators, including on children and armed conflict.

Together with the Special Representative for Children and Armed Conflict, he should commit publicly to applying the same standard irrespective of perpetrator or context – producing a complete list based on evidence and objective criteria, something he has failed to do again this year.

Next year, he must follow the criteria laid out in 2010; the Saudi Arabia-led coalition and Israeli military, among others, will again prove a key test.

For their part, UN member states must demand a credible list. Why have teams on the ground put themselves in danger to document violations that get ignored?

Frontline workers need confidence that their work is part of a credible accountability process. To fulfill its potential, the Secretary-General’s report must follow the evidence, not a politics of power that shields certain perpetrators from scrutiny. Anything else makes a mockery of the system and undermines the protection of children.