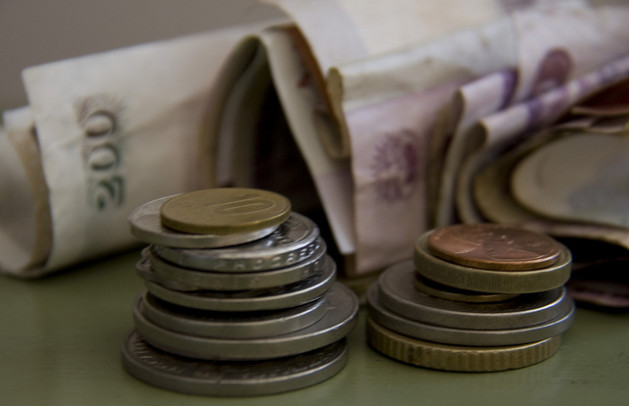 The extent to which banking services are available freely between SADC states differs across the various products offered and the clients served by banks. Credit: Kristin Palitza/IPS

JOHANNESBURG , Aug 14 2013 (IPS) - Leading bankers are concerned that the regulatory environment in some southern African states is preventing them from offering a full range of services to individuals and companies across the region.

Efficient and affordable financial services are crucial to both the development of businesses and infrastructure projects within the Southern African Development Community [SADC] – and in expanding the reach of banking to the millions who are currently outside the system.

The concerns are being raised ahead of the SADC heads of state and government meeting in Lilongwe, Malawi, on Aug. 17 and 18.

The group chief executive officer of BancABC Douglas Munatsi told IPS that, on the surface, the banking rules in SADC states are similar, as they all stem from the Basel guidelines, an international regulatory framework for banks.

“However, the reality is that some regulators don’t apply the rules the same way, on issues such as the minimum capitalisation of a bank,” he said.

“Sometimes the process is not as transparent as it should be. A country may have very positive investment rules, but labour laws can be very rigid, such as those covering expatriates in Botswana.” 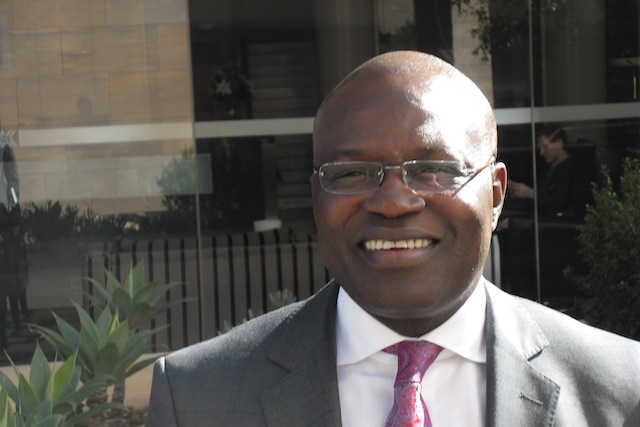 The group chief executive officer of BancABC Douglas Munatsi said that banking rules in SADC states are similar on the surface. But in reality all regulators did not apply the same rules. Credit: John Fraser/IPS

He said that if a bank extended its reach across the region, it needs to be able to deploy people into new territories, but this is not always easy.

“This affects us, as we find limited skills in some places, but we are only allowed to move in a certain number of staff,” he said.

“The regulatory environment in some countries is still relatively weak...Political uncertainty in countries like Zimbabwe is another matter of concern.” -- Cas Coovadia, the managing director of the Banking Association of South Africa

Mike Brown, the chief executive officer of Nedbank, one of South Africa’s biggest banks, agreed that there are inconsistencies.

“The extent to which banking services are available freely between SADC states differs across the various products offered and the clients served by banks,” he told IPS.

“In wholesale banking [bank services for companies] for example, the growing trade between SADC countries has resulted in banks developing trade finance solutions to facilitate the ease of intra-regional trade.”

Brown noted that there has been “more limited” progress in providing banking services to ordinary customers because of a failure to harmonise regulations across SADC. He also cited exchange controls as an obstacle to expansion.

Brown said that migrant workers, such as miners from neighbouring countries who work in South Africa, need to be able to send funds across borders to support their families back home.

“Companies have emerged that provide cross border money remittance solutions. These include mobile operators and money remitting companies [such as Western Union and Moneygram]. The cost of these services is still, however, high and prohibitive for many people – and not highly utilised,” he warned.

And in some cases banks are not open to providing services for rural women.

Forty-year-old Vivian Zivira, an agro-dealer from Nyanga in Zimbabwe’s Manicaland province says many women like her with communal land face significant challenges to secure loans to start income-generating programmes.

She says that this is because Zimbabwean banks take too long to process their applications, and charge high interest rates.

“It took me about six months to access my first loan because the banks wanted collateral, which I eventually provided through my husband. They gave me 5,000 dollars with 25 percent interest. Despite a very good repayment record, the bank could not increase the second loan,” Zivira told IPS.

But Cas Coovadia, the managing director of the Banking Association of South Africa, said he believed there were no major issues affecting the offering of banking services between states.

“The SADC Banking Association has been working with the SADC Committee of Central Bank Governors to develop an integrated payments and settlement system, which will improve banking across states substantially,” he told IPS.

However, he did warn that “the regulatory environment in some countries is still relatively weak. Infrastructure is another issue, particularly telecommunications. Political uncertainty in countries like Zimbabwe is another matter of concern.”

The chief operating officer of First National Bank Africa, Leonard Haynes, agreed that sound infrastructure plays a big part in a bank’s ability to make its services available, and he highlighted the importance of telecommunications and stable electricity.

He also suggested that the unavailability in some places “of personal identity documents or similar reliable forms of identification makes it a challenge to comply with ‘know your customer’ requirements.”

“Credit bureaus in some of these countries are generally not in existence, or are not reliable yet as a reference point, to provide customer information on which credit decisions can be based,” he told IPS.

Brown said that the different regulatory environments in different states “present a challenge in managing regional operations, by limiting the economies of scale that can be achieved across the border.

“For example, some countries require banking technological systems to be located in that particular country. This results in the need to duplicate infrastructure across a number of countries and increases the operating costs and eventual costs to customers,” Brown said.

He noted that some countries are changing their regulatory rules, and that this can provide both challenges and opportunities.

“For instance, Zimbabwe and Zambia have increased the minimum capital requirements for banks. An unpredictable regulatory environment contributes to the complexity of managing operations in multiple countries, particularly if this is combined with an unclear level of indigenisation.”

He said that one would expect that as the ease of doing business in the various countries improves, and the operating environment is harmonised, this would result in greater investment across the borders and more substantive regional strategies.