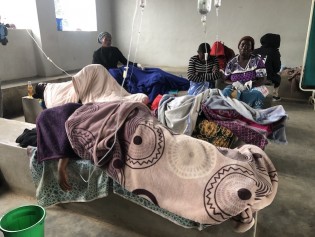 By Esmie Komwa Eneya
Having harvested and graded their sunflower crop instead of taking it to market, every member of Zikometso Productive and Innovation Centre (IPC) brings their produce to the factory for cooking oil production. The IPC falls under the National Smallholder Farmers Association of Malawi (Nasfarm).

By Jeffrey Moyo
Hillary Thompson, aged 62, throws some grains of left-over rice from his last meal, mixed with some beer dregs from his sorghum brew, into a swimming pool that he has converted into a fish pond.
Next Page »
ADVERTISEMENT ADVERTISEMENT