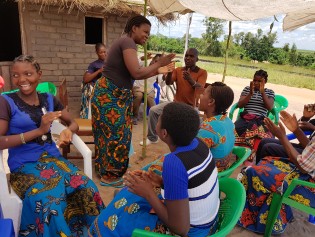 By Charles Mpaka
The thickest book on secondary school teacher Hellen Ndalama’s desk is her indigenous language dictionary. It is also her most-used book.

By Charles Mpaka
Maize farmer Anita Yunus has lived near the Mulanje Mountain in southern Malawi for over 30 years. And she does not remember there ever being a drought in the area.

By Charles Mpaka
Let the rains fail, even for several successive seasons, and Malawi should still be able to produce enough to feed itself.

By Charles Mpaka
Every morning 12-year-old Thomson Genti and his seven-year-old brother, Chifundo, emerge dirty and wretched from the squalor of their hideout behind the crowded shops in the commercial town of Limbe. It is the start of a day of begging, beatings from the older street boys and insults from passers-by.

AFRICA: Lost in the Tracking of Budgets

By Charles Mpaka
As Susan Muonanji and other vendors scrambled around one of the many transport busses to sell cabbages and tomatoes at a market along one of Malawi’s key roads, a national budget session had just started in parliament some 100 kilometres away in the capital city, Lilongwe.

By Charles Mpaka
While campaigning in the last election, Margaret Roka Mauwa, Member of the Malawian Parliament, did not promise her voters that when she won she would buy them coffins.
Next Page »
ADVERTISEMENT ADVERTISEMENT