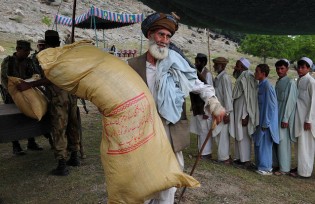 By Lisa Vives
The bad old days of the 1980s and 1990s when Burundi was widely considered a police state may be making a comeback.

By Phumzile Mlambo-Ngcuka
If we look at the headlines or the latest horrifying YouTube clip, Mar. 8 – International Women’s Day – may seem a bad time to celebrate equality for women.
Next Page »