Minto Felix is a public health campaigner and the former Chief Operations Officer at Oaktree, a youth-led anti-poverty movement in Australia. 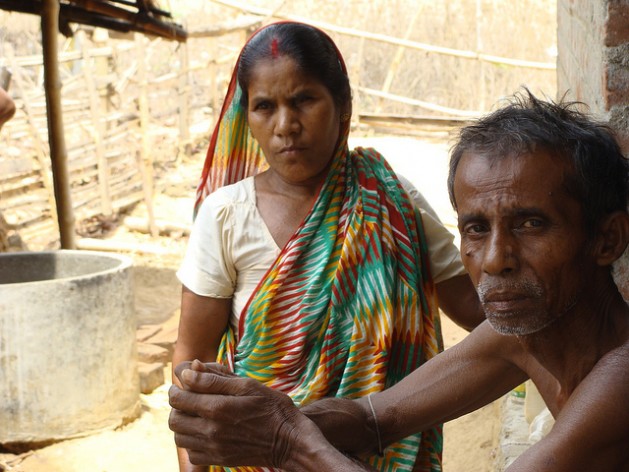 About 10 percent of the Indian population of 1.2 billion people experiences a form of mental illness - that is about 200 million people. Credit: IPS

NEW DELHI, Mar 4 2015 (IPS) - India is not only poised for greatness, some say it is already on its way. The events that have shaped the nation’s dialogue over the past month showcase an India with a bold vision – to transform industry, to close the gap on inequality and ultimately, to redefine its place as a leader among the world.

Yet, it is a baffling reality that political leaders from across the spectrum have failed to adequately respond to one of the most pressing human challenges facing India today. A challenge that not only comes attached with significant consequences to the most important asset of the country – it’s people – but also, if not taken seriously, is likely to impede upon the continued progress achieved by the nation.

India has only one psychiatrist for every 343,000 people, and one of the highest suicide rates in the world.
The challenge of mental illness is an urgent priority for the country, one that requires collective action and constructive reforms.

Imagine this: by the year 2020, depression and anxiety is set to be the biggest illness facing humanity, costing the world about 13 trillion dollars to treat.

In India, conservative measures from the Bangalore-based National Institute of Mental Health and Neurosciences (NIMHANS) estimate that about 10 percent of the population experiences a form of mental illness – that is about 200 million people.

Whether they’re Bollywood celebrities like Deepika Padukone, who recently and poignantly blogged about her struggle with anxiety, or the painful stories of suicide that have emerged in recent years from farmers grappling with the pressures of prolonged drought, mental illness impacts individuals from every walk of life and throughout the lifespan.

It is also well established that mental illness particularly impacts those most vulnerable in our communities, especially those that experience poverty and discrimination.

With the exception of India’s first Mental Health Policy, which was launched to positive public reception in October last year, we have seen little to no action follow suit in driving through core reforms identified.

Further, with mental health expenditure occupying only 0.83 percent of the total health budget, which, in turn, also continues to be a tiny fraction of overall government expenditure, the plausibility of important change occurring in this arena remains grim. So what’s needed to shift the status quo?

The essential first step in driving positive change on mental ill-health is to learn about it. Whilst there certainly have been improvements over the past decade, the mental health literacy amongst Indians remains low.

This is problematic for several reasons, as it allows for misinformation to propagate at the community level, and as a natural consequence, stigmatising attitudes that prevent individuals from seeking the appropriate help they require.

Improved understanding of mental illness not only removes stigma, it also builds compassion – of how to adequately care for oneself, as well as for others, when experiencing mental health difficulties.

A population that is mental health literate is also armed with the tool kit to be powerful agents of change, and can confidently hold medical professionals, governments and policy makers to account in improving the status of mental health in India. To have individuals experiencing mental illness labeled as inadequate and deprived of their humanity is simply not acceptable in 2015.

It is altogether unacceptable that India has only one psychiatrist for every 343,000 people, and it is worrying that India has among the highest suicide rates in the world, particularly within its youth population.

This reflects poorly resourced infrastructure, and also inadequate services to match the deep needs experienced by the population.

In some senses, the answer is simple – increase the amount of funds directed towards tackling mental illness, and in other senses, the solutions are more complex – of determining quality care coordination across states, of making investments in priority areas such as youth mental health, and working to increasing the number of trained mental health professionals.

As is the case with technology and infrastructure, India should aspire to have a word-class mental health system that is efficient, effective, and accessible by its entire population.

One of the genuine achievements of the past year with regards to mental health is the decriminalisation of attempted suicide. The repeal of this legislation is an important step in working towards reducing the number of suicides, but also reflects the broader societal factors that need to be addressed in strengthening the mental health of Indians.

Economic, social and political factors all play a vital role in strengthening or damaging a person’s level of health, and this is no different with mental illness.

Countless NGOs and government agencies around the country are implementing exciting projects that seek to alleviate mental illness, as well as surrounding factors of gender based violence, homelessness, and drug abuse. However, in order for these projects to make a lasting difference, they need be implemented on a larger scale.

The Banyan, a Chennai based mental health NGO, is leading the way in this space, with both its innovative service delivery in working with vulnerable women experiencing mental illness but equally, in its commitment to scale through establishing partnerships with universities in other parts of India and government agencies to increase the organisation’s reach.

By the very same token, it is indeed the role of the government to evaluate, to encourage, and extend the full potential of these initiatives. There is a pressing need to build a bank of evidence-based solutions for tackling this health issue.

There is no health without mental health, and the call for reform is crystal clear. If we are able to promote the full mental health of each and every person living in this country, India can only be stronger, richer, and indeed a more fulfilled nation.