Monique Barbut is Executive Secretary of the United Nations Convention to Combat Desertification. 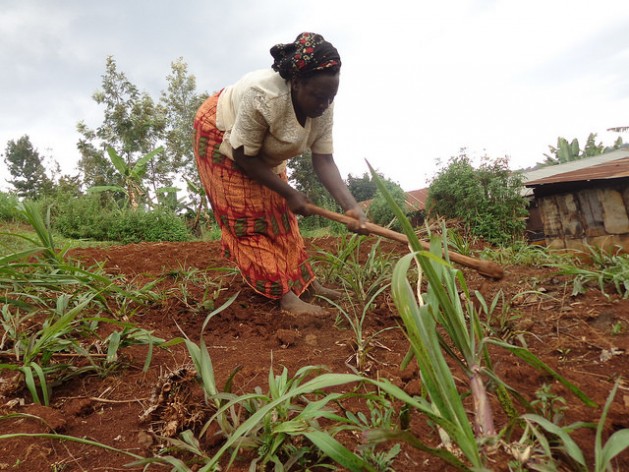 BONN, Mar 4 2015 (IPS) - Women are not only the world’s primary food producers. They are hardworking and innovative and, they invest far more of their earnings in their families than men. But most lack the single most important asset for accessing investment resources – land rights.

Women’s resourcefulness is astonishing, but they are no fools. They invest their income where they are most likely to see returns, but not in the land they have no rights to. Land tenure is the powerful political tool that governments use to give or deny these rights. We are paying a high price for the failure to grant land rights to the women who play a vital role in agriculture. 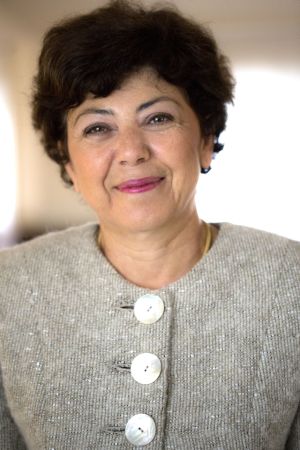 Women produce up to 80 per cent of the total food and make up 43 per cent of the labour force in developing countries. Yet 95 per cent of agricultural education programmes exclude them. In Yazd, the ‘desert capital’ of Iran, for example, women have invented a method to produce food in underground tunnels.

In Asia and Africa, a woman’s weekly work is up to 13 hours longer than a man’s. Furthermore, women spend nearly all their earnings on their families, whereas men divert a quarter of their income to other expenses. But most have no rights to the land they till.

This is critical at a time when we are losing 12 million hectares of fertile land each year, but need to raise our food production by up to 70 per cent by 2050 due to population growth and consumption trends – not to mention climate change.

But what is land tenure exactly? Land tenure works like a big bundle of sticks, with each stick representing a particular right. There are five important sticks in the bundle; the sticks to access, to use, to manage land independently, to exclude and to alienate other users. The more sticks a land user has in the bundle, the more motivated they are to nourish and support the land.

Women are grimly aware that without land rights, they could lose their land to powerful individuals at any moment. Where, then, is the incentive to invest in the land; especially if you’re hungry now?

The failure to grant these rights, not just to poor, rural land users, but to women as well, means fertile land is exploited to barrenness. With rising competition over what little is available, conflicts are inevitable.

In rural Latin America, only 25 per cent of the land holdings are owned by women. This drops to 15 per cent in sub-Saharan Africa and to less than 5 per cent in western Asia and northern Africa. These are shocking figures, and yet they may be even more optimistic than the reality.

A recent study in Uganda, for instance, shows that even when men and women nominally jointly own land, the woman’s name may not appear in any of the documentation. If a husband dies, divorces or decides to sell the land, his wife has no recourse to asserting her land rights.

Women are grimly aware that without land rights, they could lose their land to powerful individuals at any moment. Where, then, is the incentive to invest in the land; especially if you’re hungry now? Instead, those without rights take what they can from the land before they move to greener pastures. This adds to the unfortunate, yet preventable, spiral of land degradation.

At least 500 million hectares of previously fertile agricultural land is abandoned. And with less than 30 per cent of the land in developing world under secure tenure, there is little hope that these trends will change. The lack of secure land tenure remains a vital challenge for curbing land degradation in developing countries.

Among the rural poor, men are often the main beneficiaries. But granting land rights to both men and women will narrow inequalities and benefit us all.

For years, women have dealt with land degradation and fed the world without the support they need. Imagine how granting them land rights could power our future. Let’s mark this year’s International Women’s Day by shouting the loudest for the land rights of rural women.