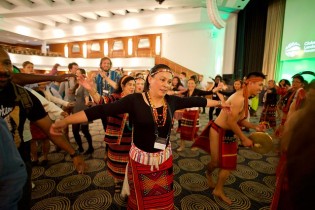 By Mario Osava
The attack with guns and machetes that left at least 10 Gamela indigenous people wounded, in the northeastern state of Maranhão, highlighted the growing threats against the resurgence and survival of native people in Brazil.

By Valentina Ieri
Frustrated with decades of marginalisation, and of seeing their rights respected only on paper, Indigenous peoples are calling for major recognition from the international community.

By Naresh Newar
Intense competition during harvest season for a fungus dubbed ‘Himalayan Viagra’ – coveted for its legendary aphrodisiac qualities – has sparked violence in Nepal’s remote western mountains, causing concern among security officials here about the safety of more than 100,000 harvesters.
Next Page »
ADVERTISEMENT ADVERTISEMENT