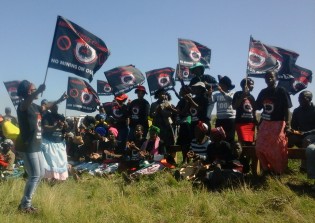 By Mark Olalde
At the Bioscope Independent Cinema in Johannesburg’s trendy, gentrifying Maboneng neighbourhood last week, the two-day HER Africa Film Festival showcased films and web series from across the globe, including Mali, the U.S., Burkina Faso and elsewhere.